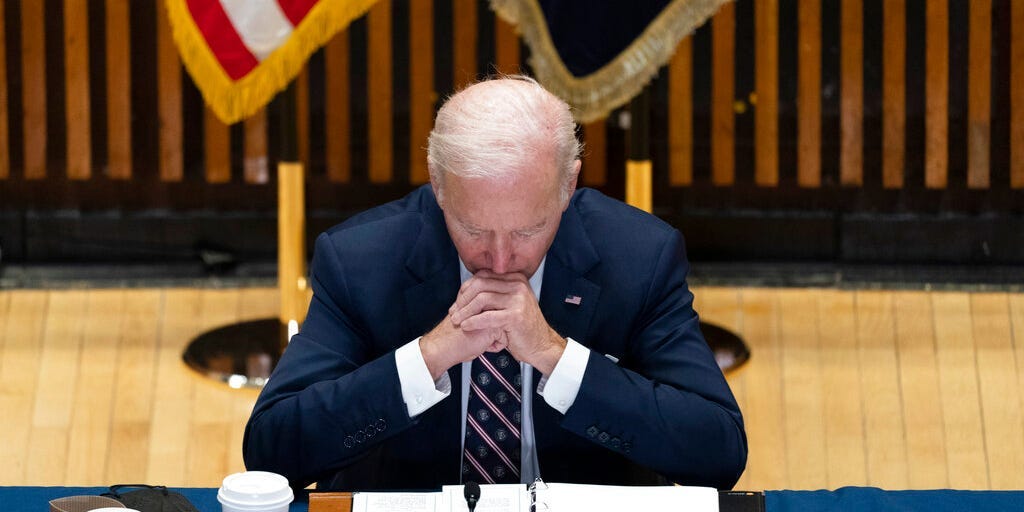 President Joe Biden pledged in a speech in New York City Thursday that he would support police and crack down on gun violence in the city.

“The answer is not to abandon our streets,” Biden said. “The answer is to come together, the police and communities, building trust and making us all safer.”

His remarks come after an increase in fatal shootings of NYPD officers.

“And every day in this country, 316 people are shot, 106 are killed,” Biden said. “Sixty-four children injured by gun violence so far this year, twenty-six killed.”

“Enough is enough,” the president added.

Biden also urged Congress to pass a bill later this year that would give $300 million to police departments to hire more law enforcement officers that will “interact with the community, get to know the community, build trust in the community.”

“The answer is not to defund the police,” Biden said. “It’s to give you the tools, the training, the funding to be partners, to be protectors, and the community needs policing that treats everyone with respect and dignity.”

Critics have argued, however, that Adam’s plan is counterproductive to public safety and that crime and police budgets do not go hand-in-hand.

The president has been vocal about his opposition to efforts to defund the police — a call made by left-wing advocates who argue that reallocating money from the police budget into communities is necessary to successfully bring about public safety.

“What we need from the president is a comprehensive plan to end gun violence and one that doesn’t rely on introducing even more violence by adding to bloated police departments,” Alexis Confer, executive director of the gun control group March For Our Lives, told The Guardian.