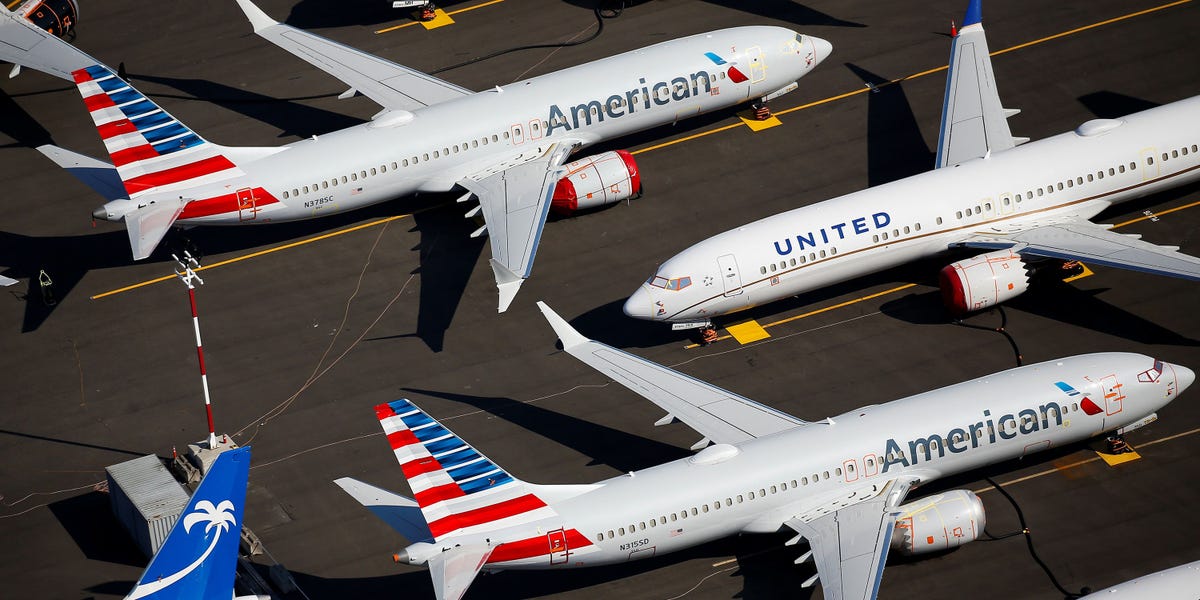 2020 was supposed to be a better year for Boeing.

The beleaguered planemaker was ready to move past the grounding of the 737 Max, which completed its crucial recertification flights in June and is widely expected to be cleared to fly in September or in the fourth quarter. It was ready to start taking new orders for the once popular jet, and to pad its order book for the 787 Dreamliner wide-body with orders from China following the resolution of a trade dispute.

As demand for air travel collapsed around the world, Boeing saw orders grind to a halt and even go in reverse. Some airlines canceled orders; others went bankrupt. (Boeing’s chief rival, Airbus, faced the same problems, but came into the pandemic in a much stronger position.) In the US, early signs of a return to normal proved premature, leading American carriers in particular to consider pushing back delivery of new planes or delaying payments, putting an even tighter squeeze on Boeing just as it seeks to get the Max airborne again.

United Airlines announced this week that it will defer new aircraft deliveries scheduled for 2022, and will only take delivery of new aircraft when financing is available. The airline had already cut in half the number of Max jets it was expected to take delivery of through next year, to 40.

American Airlines said it still plans to take delivery of 16 737 Max aircraft this year, but expects to finance all of them through Boeing and will refuse to take delivery of any non-financed aircraft. Derek Kerr, American’s chief financial officer, said that American was reexamining its 2021 and 2022 delivery schedules, too.

“Our plan would be to still take all 100 aircraft we have on order, over time,” Kerr said during a call with analysts on Thursday. “Just when we take them, is the discussion that we’re having.”

As of June 30, American was scheduled to receive 10 Maxes in both 2021 and 2022. In a filing with the Securities and Exchanges Commission, the airline said it had financing commitments for 13 of the Max deliveries expected in 2020, and for six of the 2021 deliveries.

Southwest, the biggest 737 Max customer, had an earlier agreement with Boeing to receive no more than 48 aircraft in 2020 and 2021, but said that deal was based on a hoped for, earlier return-to-service date. The airline now expects to take even fewer.

Because the ongoing grounding of the 737 Max has prevented Boeing from making any deliveries in the past 16 months, the planemaker is technically in breach of contract. That gives airlines more flexibility to demand spaced out deliveries.

“Where we go from here needs to be negotiated,” Southwest CEO Gary Kelly said during a media briefing following an analyst call on Thursday. “It’s almost like we don’t have a firm contract for deliveries, so that all has to be completely reset because Boeing is out of compliance with the contract.”

Deferred deliveries and payments delayed via financing spell even more trouble for Boeing’s recovery from the Max grounding and COVID-19 double whammy.

Boeing is working with airlines to manage deliveries, spokesperson Peter Pedraza said in a statement. “We are not going to comment on discussions with our customers. This is a challenging time for the entire commercial airline industry and we continue to work closely with our customers, including helping them find the right financing solutions.”

Boeing had $15.5 billion in liquidity as of March 31, and gave itself some breathing space by raising an additional $25 billion through a late April bond offering. It continued production of the 737 Max through most of the grounding, stashing about 450 as-yet undeliverable planes at various facilities. But it ended the first quarter with $38.9 billion in debt and has little financial wiggle room.

With 373 Max cancellations during 2020, and another 439 at risk due to “soft demand and the financial health of airlines,” through 2021, Ken Herbert, an analyst at Canaccord Genuity, wrote in a July 19 research note, Boeing will likely struggle to ramp up deliveries to the 52 per month high it reached in 2019.

To complicate matters further, each of the 450 completed, undelivered Max aircraft may need significant maintenance before being delivered, according to Herbert. Maintenance would include installing updates once approved by the FAA, as well as regular maintenance and inspections required for aircraft that have been in storage.

Ultimately, the planemaker’s goal of having the full inventory delivered within 12 months of the plane returning to service is likely to be ambitious, Herbert said.

“Boeing has incurred $18 billion in costs directly related to the Max crashes and grounding,” Herbert wrote, “and despite COVID-19 related bailouts to both Boeing and the airline industry, the outlook for Max deliveries remains uncertain.”

And that means Boeing’s unlikely to be flying high anytime soon.