Capitol Cop Scorns Pence, Says Ex-VP Is ‘Simply Trying to Save His Ass’ 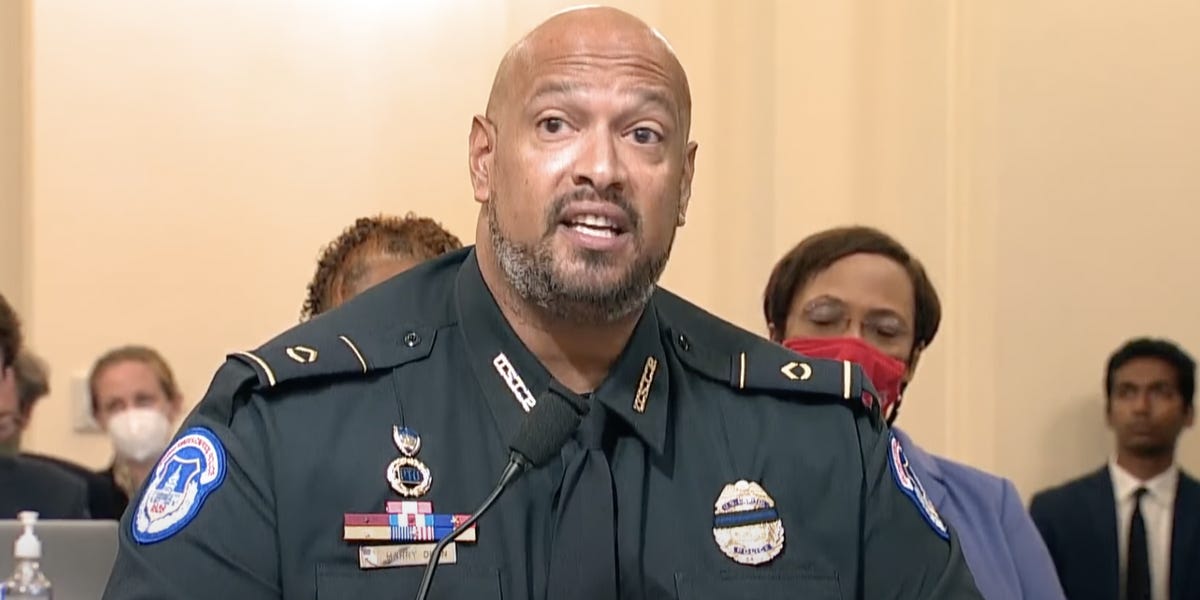 US Capitol Police officer Harry Dunn on Saturday excoriated Mike Pence in a tweet, saying the former VP was trying to “save his ass” in recent comments that represented a rare break with former President Donald Trump.

As Insider previously reported, Pence in a speech Friday told supporters Trump was “wrong” in saying he could’ve overturned Biden’s win if he had wanted.

Dunn, who worked as an officer at the Capitol during the January 6, 2021, riot criticized Pence’s remarks in a tweet Saturday.

“Pence suggested we need to move on from J6 months ago,” Dunn wrote. “It’s not heroic or a shift in moral compass with his latest statements. He’s simply trying to save his ass. Only now is he saying this, after two members of his staff testified and the archives are releasing his documents.”

The House select committee investigating the January 6 riot, which was led by Trump supporters who believed the lie that the former president had won the 2020 election, has narrowed in on the former vice president. The panel recently interviewed his ex-aides, including his former chief of staff Marc Short and his former national security advisor Keith Kellogg.

“Everybody obviously wants to hear from Vice President Pence about his experience, but the former vice president of the United States is not the first person you call in as a witness. We have tried to fill in as much detail as possible before getting to a lot of the major witnesses,” Rep. Jamie Raskin, a Maryland Democrat, told The Hill.

Prior to his comments on Friday, Pence, who was inside the Capitol during the riot to oversee the certification of Biden’s win, had appeared to attempt to downplay its significance.

Dunn has been outspoken about the January 6 riot in the year since, as Insider previously reported, including his being called a racial slur by rioters.

More than 760 people have been charged due to their involvement in the riot, according to Insider’s database.