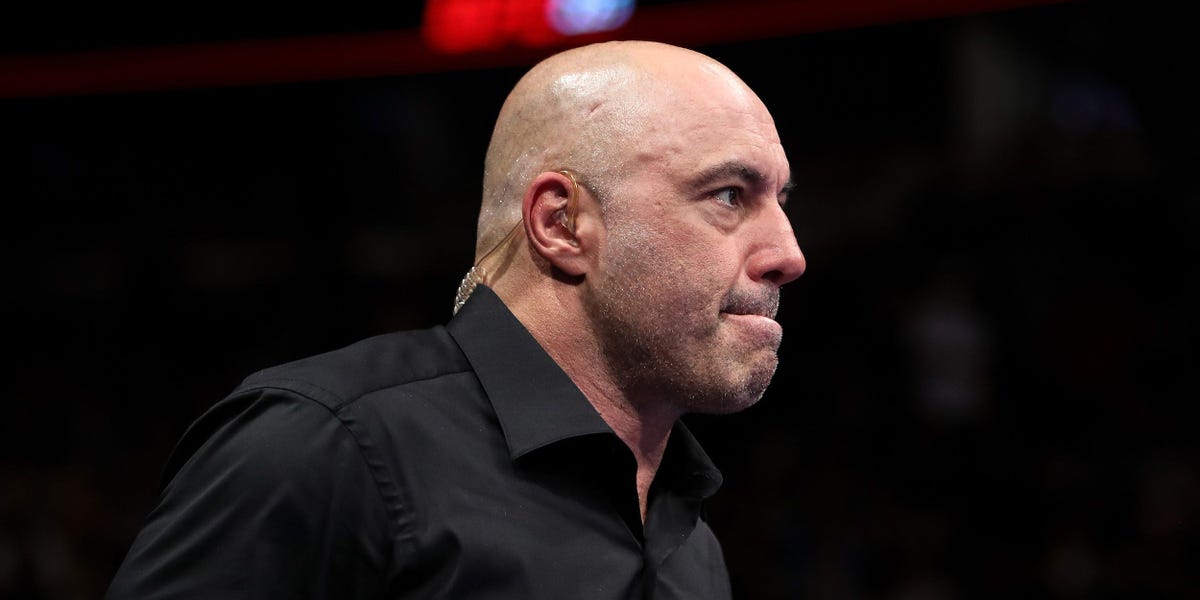 Joe Rogan apologized for his use of the N-word after a video montage of him saying the slur 24 times went viral.

The montage was put together by singer India Arie, who announced earlier this week that she is pulling her music and podcast from Spotify over Rogan’s “language around race” on his controversial podcast, “The Joe Rogan Experience.” Rogan responded in a five-minute video on Instagram on Friday, calling his use of the slur “the most regretful and shameful thing” he’s ever had to discuss publicly, while also stating the clips were “taken out of context.”

“I know that to most people, there’s no context where a white person is ever allowed to say that word, never mind publicly on a podcast, and I agree with that now,” Rogan said in his apology. “I haven’t said it in years. But for a long time, when I would bring that word up, like if it would come up in conversation, instead of saying ‘the N-word,’ I would just say the word.”

Rogan added that he thinks the N-word is “very unusual” because “only one group of people is allowed to use it,” though said he “never used it to be racist.”

Arie joins a growing list of artists that have parted ways with the Spotify in the past week, including Joni Mitchell, David Crosby, Stephen Stills, and Graham Nash, who followed Neil Young’s lead in removing their music from the streamer over concern Rogan is spreading misinformation about COVID-19 vaccines.

Mary Trump, the niece of former president Donald Trump, also pulled her podcast from Spotify over the misinformation concerns.

Spotify bought Rogan’s podcast in May 2020, reportedly to the tune of more than $100 million.

In light of the backlash, Spotify recently announced it will add content advisories to all podcasts discussing COVID-19. Spotify CEO Daniel Ek addressed the controversy in the company’s fourth-quarter earnings call this week, saying Rogan is held to the same standards as Spotify’s other creators.

On Friday, Spotify appeared to have quietly deleted 70 episodes of Rogan’s podcast.