Cleaners says they haven’t been given adequate tools to disinfect 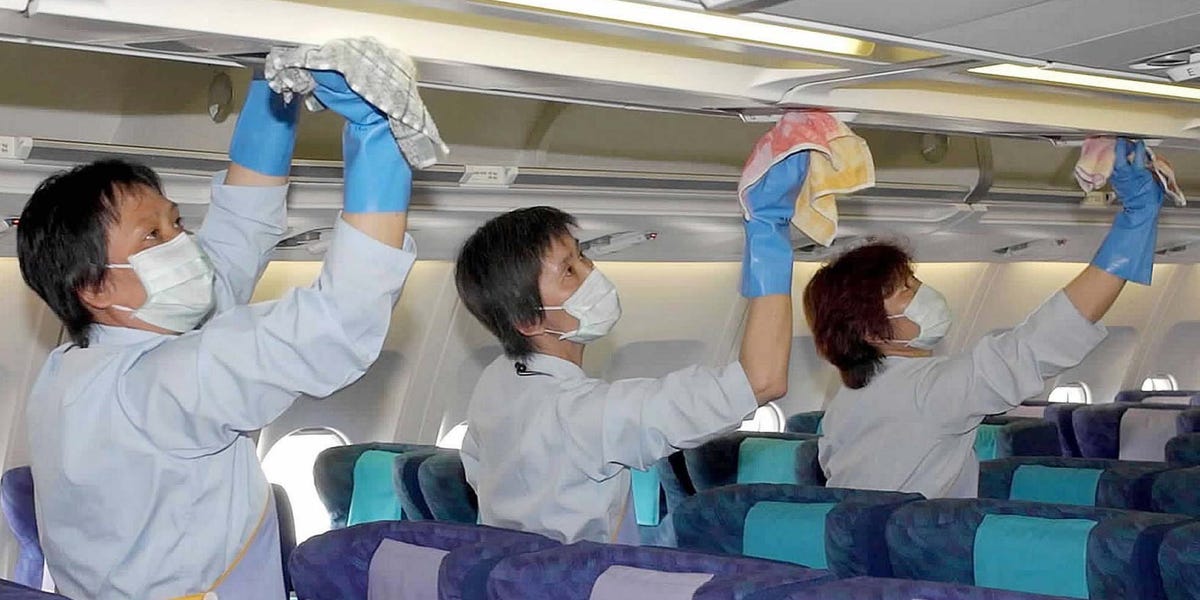 As companies and businesses tout better and more extensive cleaning to assure customers as the coronavirus pandemic grows in the US, many custodians and cleaners said they haven’t been given adequate resources to properly disinfect, The New York Times reported.

According to The Times, while some businesses may make these promises that their locations are being “deep cleaned” it’s hard to know what that exactly looks like, and it’s almost impossible to know how “frequently or thoroughly anything is cleaned.”

“Reopenings happened across the country without much thoughtfulness for cleaning standards,” Mary Kay Henry, president of the Service Employees International Union, which represents 375,000 of the nation’s custodians told The Times.

Workers in a university, a Hollywood studio, and casinos have all recently gotten sick. Cleaners on airlines, in supermarkets, and office building told The Times they either aren’t given proper supplies, enough time, or training to be able to thoroughly ensure areas are safe and clean.

On airlines, some pilots and flight attendants told the outlet they reused rags, did not wipe down tray tables and bathrooms weren’t cleaned between flights.

“The most important thing is to clean the airplane after each use,” Dr. Qingyan Chen, an engineering professor at Purdue University who has led infectious disease research for the Federal Aviation Administration told The Times.

While CNBC previously reported that major US airlines were increasing and improving their cleaning efforts in light of the coronavirus, The Times reported that even before the pandemic cleaners were “outsourced” from other companies and would dash onboard quickly to ensure trash was picked up and the plane looked tidy, not particularly work to eliminate a virus.

Some workers have said that planes do seem more sanitary but workers still said they were given little time and were unable to ensure that every tray table or commonly touched area was actually disinfected.

“The only part of the passenger seats that was wiped down was the seat itself,” one pilot wrote in a union report last month. “Not the area that passengers touch constantly, such as seatbelts, window shades, arm rest, etc. Also, the entire plane was supposedly wiped down in less than 10 minutes.”

A cleaner in a Miami office building said she had to take her own Clorox to the job because she wasn’t provided with any.

“Our brooms were worn out; we were mopping with just water and no disinfectant,” Martha Lorena Cortez Estrada told The Times.

Fox13, a local outlet in Memphis, reported that custodians at the University of Memphis were worried about catching COVID-19 on the job. Cleaning workers started a petition asking for personal protective equipment and hazard pay. Some told the local outlet they weren’t given adequate PPE.

“We have to buy our own masks bring our own protective clothes or shoes or anything like that,” Jennifer Allen told Fox13.

Custodians also told both The Times and Fox13 that they wanted clearer notice on when someone in the locations their cleaning tests positive for the virus.

“They have to start telling us what, where, who,” Kelley said.

“It’s just a safety issue and we want everyone to respect that, respect the laws, and respect us too as humans,” Javaris Blakely told Fox13.