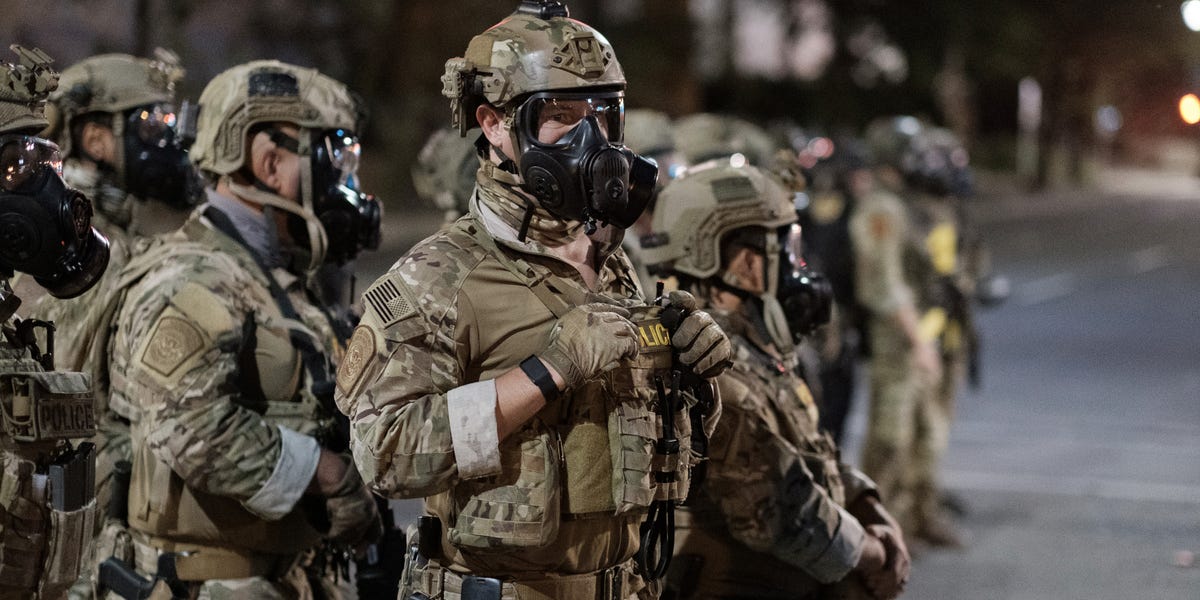 Oregon’s two Democratic senators are expressing alarm over the federal government’s “authoritarian tactics” on the streets of Portland, arguing that the recent detention of alleged protesters befits a dictatorship, not a democracy.

“It’s horrifying and I think as Americans we’ve read about things like this happening in other countries, you know, in textbooks about the 70s, 80s,” Portland resident Connor O’Shea told Reuters. O’Shea, who has participated in peaceful protests, said he was chased by agents in an unmarked car on Wednesday.

His friend, Mark Pettibone, said he feared they were being kidnapped by a far-right militia. “It felt like I was being hunted for no reason,” Pettibone told The New York Times. “It feels like fascism.”

Federal officers have also been captured shoving medics and shooting a protester in the head with a less-than-lethal munition, Reuters noted.

US Customs and Border Protection, Immigration and Customs Enforcement, and the Department of Homeland Security’s Federal Protective Service have all deployed personnel in the city, which has seen nightly protests since the police killing of George Floyd in Minneapolis.

The fact “that neither the public, nor local leaders, nor federal representatives for the people of Oregon know who these agents are despite direct inquiries from us and others speaks to the intentional obfuscation of their roles,” the lawmakers wrote. “These actions are chillingly reminiscent of autocratic governments that ‘disappear’ critics and opponents.”

“We live in a democratic republic, not an authoritarian police state,” they continue, “and we cannot allow our cities to become occupied zones.”

In a July 16 statement, DHS Acting Secretary Wolf justified the deployment by arguing that Portland had been “under siege” by “a violent mob while local political leaders refuse to restore order to protect their city.” The statement refers to “anarchists” 72 times.