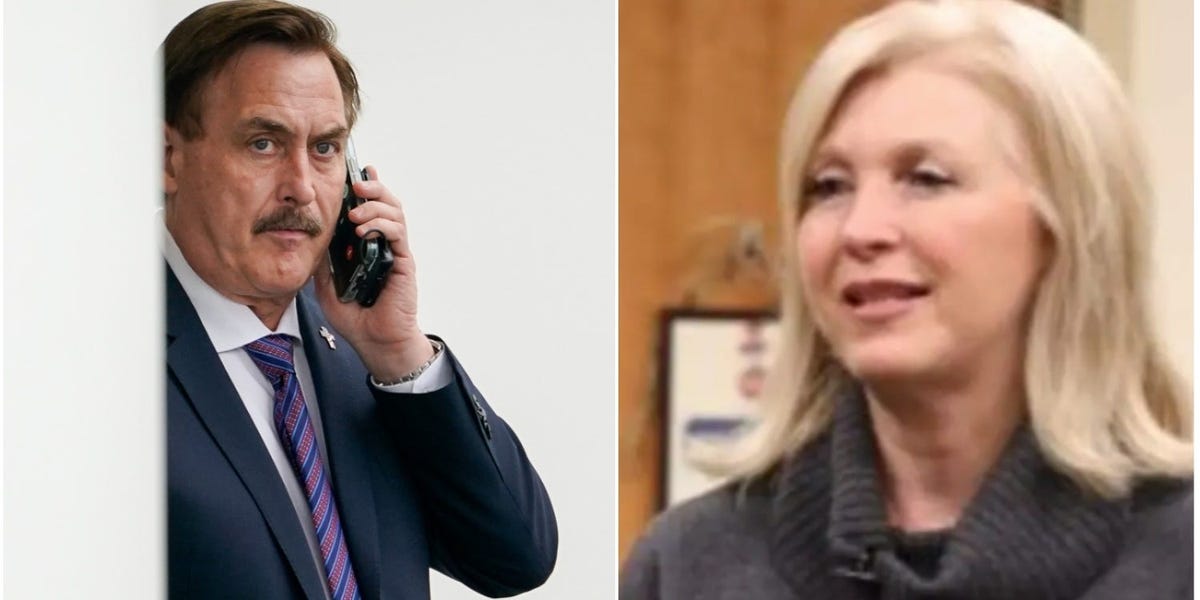 Tina Peters, the pro-Trump elections official in Mesa County, Colorado, who has been accused of leaking sensitive voting machine data, was indicted on 10 counts by a Mesa County grand jury related to her alleged role in the election data breach, according to the county’s district attorney. Her aide, Belinda Knisley was indicted on six counts related to the breach.

Her aide, Knisley, was charged with attempting to influence a public servant, conspiracy to commit criminal impersonation, violation of duty, and failing to comply with the secretary of state. Peters and Knisley turned themselves in, according to authorities.

In the indictment, District Attorney Dan Rubinstein said that Peters and Kinsley attempted to convince at least four other public servants to follow a plan to disseminate confidential information from Dominion Voting Systems voting machines — which are not connected to the internet — online, following a “trusted build,” which is a high-security software update for the machines.

The indictment added that they convinced staff that an unauthorized man was a county worker.

“Beginning in April 2021 and in advance of the May 25-26, 2021, trusted build, Tina Peters and Belinda Knisley, either as principal actors and/or acting as complicators, devised and executed a deceptive scheme which was designed to influence public servants, breach security protocols, exceed permissible access to voting equipment, and set in motion the eventual distribution of confidential information to unauthorized people,” Rubinstein wrote in the indictment.

Colorado Secretary of State Jena Griswold has sued Peters three times, but it was her August 2021 lawsuit accusing Peters of orchestrating the breach that spawned local and national investigations.

A grand jury was called after Griswold’s lawsuit, and the case will now go to trial. District Attorney Dan Rubinstein said that others could be charged in connection with the breach.

In early February of this year, Peters was arrested for resisting a search warrant for her iPad — unrelated to her alleged election data breach. Peters also announced a run for Colorado secretary of state against Griswold during the same month.

“The grand jury, randomly selected from the same pool of citizens that elected Clerk Tina Peters and chosen months before any of these alleged offenses occurred, concluded there is probable cause that Clerk Peters and Deputy Clerk  Knisley committed crimes,” Rubinstein and Attorney General Phil Weiser said in a statement.

Peters accused Griswold of “using a grand jury to formalize politically-motivated accusations against candidates,” according to CBS.

“Using legal muscle to indict political opponents during an election isn’t new strategy, but it’s easier to execute when you have a district attorney who despises President Trump and any constitutional conservative like myself who continues to demand all election evidence be made available to the public,” Peters said in response to the indictment.