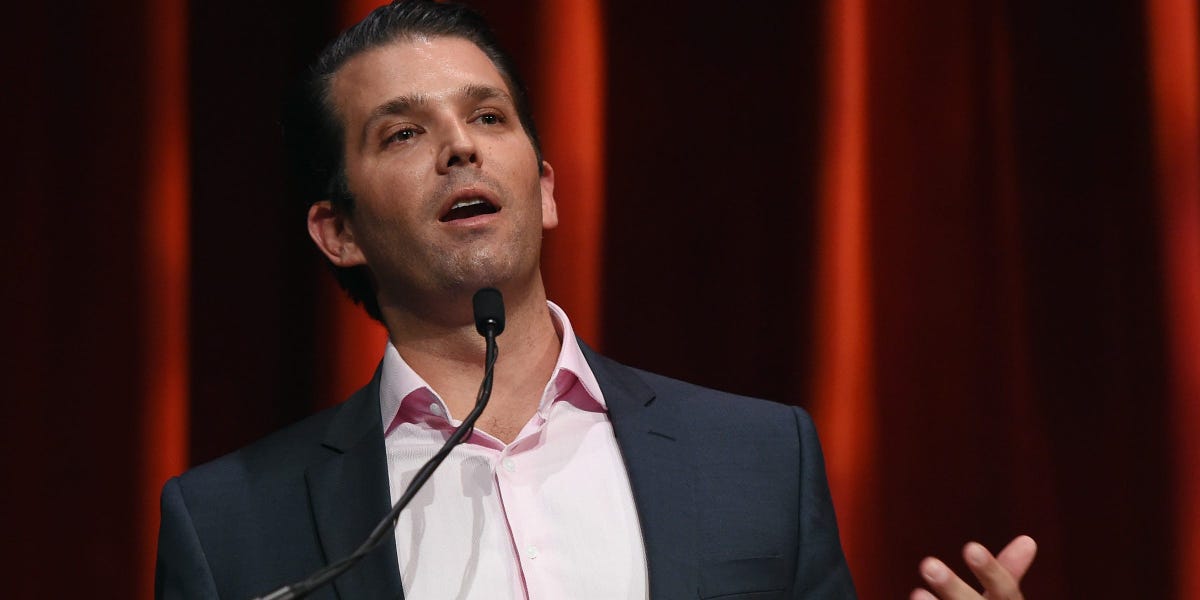 Donald Trump Jr. said on Wednesday that the praise his father, former President Donald Trump, showered on world leaders like China’s Xi Jinping, North Korea’s Kim Jong Un, and Russia’s Vladimir Putin was all part of a strategy to “play” them.

In a video posted on his Rumble account, Trump Jr. said his father is someone who knows how to deal with “powerful men” and that he “had it right all along” when it came to dealing with foreign leaders.

“So my father understands that, you know, men will blow up deals over ego. I’ve seen it my whole life, and my father’s certainly seen it. Because he’s dealt with powerful, egotistical people his entire life. He’s built a brand around dealing with those people. World leaders aren’t any different,” Trump Jr. said.

“He knew exactly how to play these guys, and he played it like a fiddle,” he added, while also noting that his father’s flattery of foreign leaders was not an act of “capitulation.”

Appearing to mock Trump’s dissenters, Trump Jr. described a typical critic as “some nerd in his mom’s basement who’s never dealt with anything, never actually had any power, never understood those people.”

Trump has praised authoritarian world leaders like Kim, Putin, and Xi during his presidency and even after leaving office.

During a Florida fundraiser in 2018, then-President Trump called Xi a “great gentleman” and “the most powerful [Chinese] president in a hundred years” after China scrapped its two-term limit for the country’s presidency.

That same year, he expressed his admiration for Kim, describing the latter as a “tough guy” who was able to “take over a country” at the age of 27.

More recently, Trump has been slammed by numerous parties — including veteran diplomats — for calling Putin’s justification for invading Ukraine “savvy” and “genius.”

On February 24, the day Russia’s attack began, he also released a statement on Twitter — via his spokeswoman Liz Harrington — claiming that Putin was “playing [President Joe] Biden like a drum.”