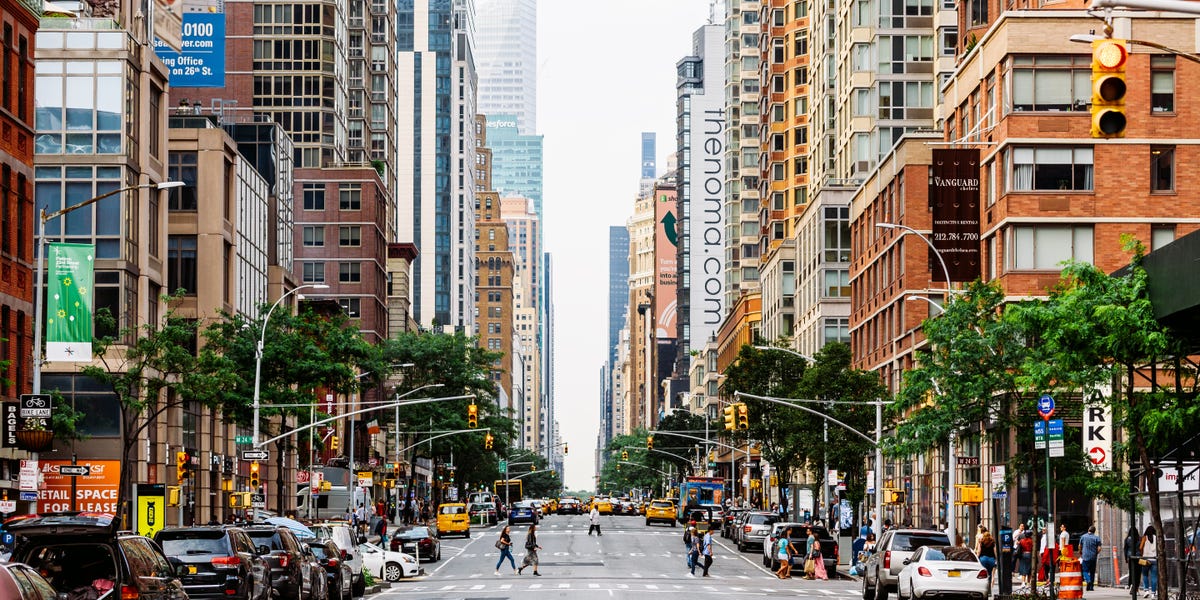 Analysts and market-watchers are predicting one of the bloodiest quarters in years for major publicly traded real-estate services firms such as Cushman & Wakefield, CBRE, JLL, and Colliers International.

The companies, which have been battered by a dramatic slowdown in commercial real-estate leasing and sales transactions that drive a large component of their revenue, are set to report second-quarter earnings at the end of the month and in early August.

Although the pandemic began to infect Americans during the first quarter, the virus crisis threw commerce and daily life into a lockdown beginning in late March, meaning its economic impact wasn’t felt until the period spanning from April through June.

“Everyone knows the second quarter is going to be extremely weak,” said Stephen Sheldon, an analyst with the investment bank William Blair. “During the last recession, you saw an 80% to 90% drop in real-estate sales transactions over a two-year period. This time you’ve seen nearly the same decline in a much shorter time frame year over year.”

Sheldon said he anticipated sharp earnings declines from 2019 ranging between 40% and 50% for the four companies and an even more pronounced deterioration for Marcus & Millichap, another publicly traded real-estate services firm that focuses on real-estate sales.

“You could see Marcus & Millichap’s earnings decrease more than 100% into negative territory, because they’re so focused on sales deals, which were hard hit,” Sheldon said. “Hopefully it will be a short-lived loss for the firm.”

Shares for all five of the firms have fallen sharply during the pandemic and reflect the expectations that their businesses will suffer.

Shares of CBRE have been recently trading in the mid $40s, down 30% for the year to date. Cushman closed at $11.36 on Wednesday, down from a high of over $20 this year. JLL shares have dipped over 40% and Colliers shares have fallen by almost as much.

Sales and leasing are likely to see a big hit

Commission-based businesses tied to transactional activity such as sales, leasing, and debt origination comprise a large segment of revenue for the major real-estate services companies. According to data from JPMorgan Chase, CBRE derived about $6 billion of its $12 billion in revenue from that category in 2019. For JLL it was nearly $4 billion out of $7 billion in 2019 revenue and for Cushman it was about $3 billion of $6.4 billion.

The virus crisis and its aftereffects have stalled leasing deals as tenants weigh how the pandemic could impact their office occupancy, including whether they may need less space by embracing a remote-work model. Large commercial real-estate sales, meanwhile, have also come to a near halt.

Although the declines in both categories may be most pronounced in the second quarter, many observers say it could take months or years for the markets to recover and for revenue among the real-estate services firms to return to 2019 levels.

Read More: Co-living is the real-estate industry’s big bet on dorm-like housing for young professionals. Here’s why players like Nuveen and Cushman & Wakefield remain bullish even during the pandemic.

“Sales and leasing took a big hit in 2019 and we don’t see it getting back to that to pre-Covid level until 2023 or so,” JPMorgan analyst Anthony Paolone said.

One factor buffering the major real-estate services firms are the steps they’ve taken in recent years to diversify their income with service lines that are not as closely tied to volatility in the economy. JLL, CBRE and Cushman have, for instance, built up their property and facilities management businesses in recent years, giving them fee-generating services that operate on multi-year contracts.

Other business lines, such as appraisals, could get a boost if distress grips the real estate market, prompting banks to take back assets and hire services professionals to value and help sell them off.

“In general, these firms are in a better financial position than they were in 2008,” Paolone said.

A complicating factor as business dips could be the amount of overhead for the real-estate services firms.

JLL paid $2 billion last year to purchase the brokerage firm HFF. And Cushman is saddled with $2.7 billion of low-interest debt due in 2025 and $650 million of secured notes carrying a 6.75% interest rate that it issued in May and are due in 2028.

S&P labeled Cushman’s debt load as “aggressive” in a July report, but maintained a junk BB- credit rating for the firm.

Here are the announced earnings dates:

Have a tip? Contact Daniel Geiger at [email protected] or via encrypted messaging app Signal at +1 (646) 352-2884, or Twitter DM at @dangeiger79. You can also contact Business Insider securely via SecureDrop.

Knotel is scrambling to pay millions in bills that started stacking up before the coronavirus hit, and hasn’t paid April rent at some locations