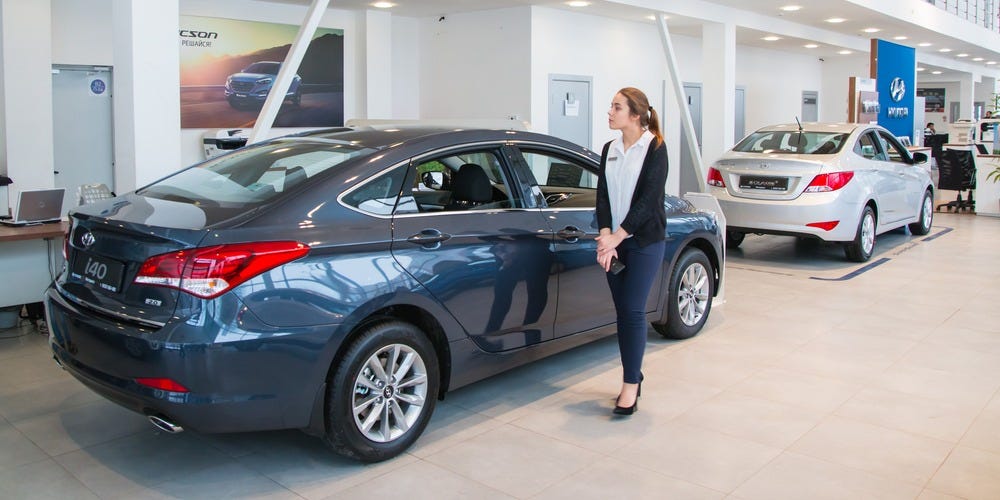 When Michigan Governor Gretchen Whitmer ordered a statewide lockdown in March, things looked bleak for Jim Seavitt, the owner of Village Ford, a dealership in Dearborn, Michigan. One of the automaker’s largest suburban Detroit showrooms, it was faced with the prospect of either having to go dark for the duration or make a fast change in its business model. Village Ford shuttered its showroom but opened up online, selling hundreds of vehicles in March, April and May without seeing a single customer.

It wasn’t alone. Across the country, lockdowns forced by the coronavirus pandemic threatened to bring the U.S. new car market to a grinding halt, J.D. Power, among others, forecasting demand would drop by as much as 80% in April. The eventual numbers were still off by a bleak 53%, but that was substantially better than the industry had hoped, Mark LaNeve, the head of sales, service and marketing for Ford, giving much of the credit to the fast switch to digital retailing.

The U.S. auto industry is in the midst of a massive transformation reshaping every part of the business, starting with the push into electric and autonomous vehicles. But there’s a retail revolution underway, as well and, said LaNeve, the shift to online sales, in particular “has been accelerated by two to three years” as a result of the pandemic.

“Nobody was doing complete, end-to-end (online sales) as recently as last December,” noted the industry veteran, adding that digital sales are “now up to 20%” of Ford’s total U.S. volume.

That number, if anything, downplays the rapid pace of change. Even before the pandemic, the general industry consensus was that more than 80% of new car buyers would go online during at least part of the buying process, whether to find what’s available or affordable, as well as to check reviews.

These days, the typical buyer “is likely to know as much or more about the vehicle they are looking at than the salesman,” said David Cole, director-emeritus of the Center for Automotive Research in Ann Arbor.

What’s changing is that more and more shoppers also are handling key parts of the purchase process online, checking dealer inventory, working out a trade-in, lining up financing and, in many cases, completing the deal without ever setting foot in a showroom.

Exactly how far customers can go depends on a variety of factors. Michigan, for example, still requires two “wet” signatures to finalize any sale. But Seavitt, like other dealers, has been running paperwork out to a buyer’s home, dropping it off and then coming back to pick it up later.

“We never have to have direct contact,” he explains, noting that Village Ford now will arrange for a contactless vehicle drop-off once the deal is done.

Ford is by no means the only automaker pushing its dealers online. General Motors encouraged its retailers to sign up for the Shop-Click-Drive service which had, until earlier this year, largely been ignored. Genesis, the luxury brand spun off by Hyundai, saw fully 96% of its own retailers sign up for its digital sales program, brand boss Mark del Rosso told Business Insider.

There are still plenty of customers who want to come into a showroom, according to dealer Seavitt, if for no other reason to “check out the car they’re interested in and take it for a drive.” Even then, however, he and others are finding those customers may go home, make a final decision and complete the purchase online.

Smart manufacturers – and their dealers – recognize they have to give buyers more options than ever, letting them buy a car the way they choose, rather than force them to accept a century-old model, said Michelle Krebs, a senior analyst with Cox Automotive. That’s reflected in a new Cox survey of recent new vehicle buyers that found 58% of those who purchased entirely online found the experience “much” or “somewhat” better than the traditional buying process. Only 6% said it was “worse.”

“We believe (customers) will expect to stay with this way of doing business,” said Krebs, “and may even be willing to pay a little more.”

The online revolution isn’t limited to the new vehicle side of the business. Under state franchise laws, used car retailers often have more flexibility, so dealer groups like Carvana and CarMax have been on the cutting edge when it comes to targeting digitally savvy shoppers.

CarMax, the largest used car chain in the country, started rolling out its “omnichannel experience” in December 2018 and plans to convert all of its operations this summer. The program is meant to let a buyer customize the buying process any way they want, whether totally at a showroom, completely online, and anywhere in-between.

“We recognize the current environment has accelerated a shift in consumer buying behavior,” said CEO Bill Nash. “Customers are seeking safety, personalization and convenience more than ever in how they shop for and buy a vehicle. For us, this reaffirms that our strategy is the right path forward.”

The push into online sales is just one of the ways the automotive retail model is in flux. The process began with the arrival of corporate dealer groups like AutoNation, the Penske Automotive Group and Lithia Motors around the beginning of the new millennium. Automakers – along with their then-dominant ma-and-pa retailers – initially resisted. Today, however, such groups dominate the market.

Tesla has put another potential change in motion, the upstart EV maker relying exclusively on factory-owned stores. It has faced plenty of resistance, as well, and still can’t operate in a number of states. It’s far too soon to say whether this model will eventually cause the traditional franchise system to implode.

Other big changes are afoot. Today, a sizable share of new vehicle customers lease, rather than buy. But there’s a new model: a growing number of manufacturers offering to let buyers “subscribe” to a vehicle, much like they do with electronic gadgets and services. The programs vary from one brand to another. At their most basic, they set a non-negotiable price that covers everything from the vehicle to insurance, as well as taxes, fees, service and maintenance.

More exotic programs, such as Access by BMW, let customers switch between different models at their leisure. What products they have access to depends on the fee, the BMW program running anywhere from $1,099 to $2,699 per month.

For now, the subscription programs are mostly limited to select cities, automakers struggling to find the right formula. Both Mercedes-Benz and Cadillac have pulled out but hint they may try again with revised plans.

What’s clear, according to industry watchers like Mark Wakefield, the head of the automotive practice for consultancy AlixPartners, is that the automotive retail world will never be quite the same.

That may be good for shoppers, but it poses an uncertain future for dealers and, in particular, their employees. There are about 1.1 million Americans employed at franchised U.S. dealerships, according to the National Automobile Dealers Association, perhaps an equal number at used car outlets.

During the depths of the pandemic, about 300,000 employees at franchised dealerships were terminated or furloughed, according to trade publication Automotive News, with substantial cuts on the used car side, as well. While many are now back at work, the pandemic-weakened economy, among other things, is expected to slam auto retail employment long-term.

Total new car employment could shrink anywhere from 5% to 10% post-pandemic, according to Adam Robinson, the CEO of dealer recruitment firm Hireology.

That should surprise few, though, considering the way the online revolution has hammered brick-and-mortar retailers in most every other sector of the economy.