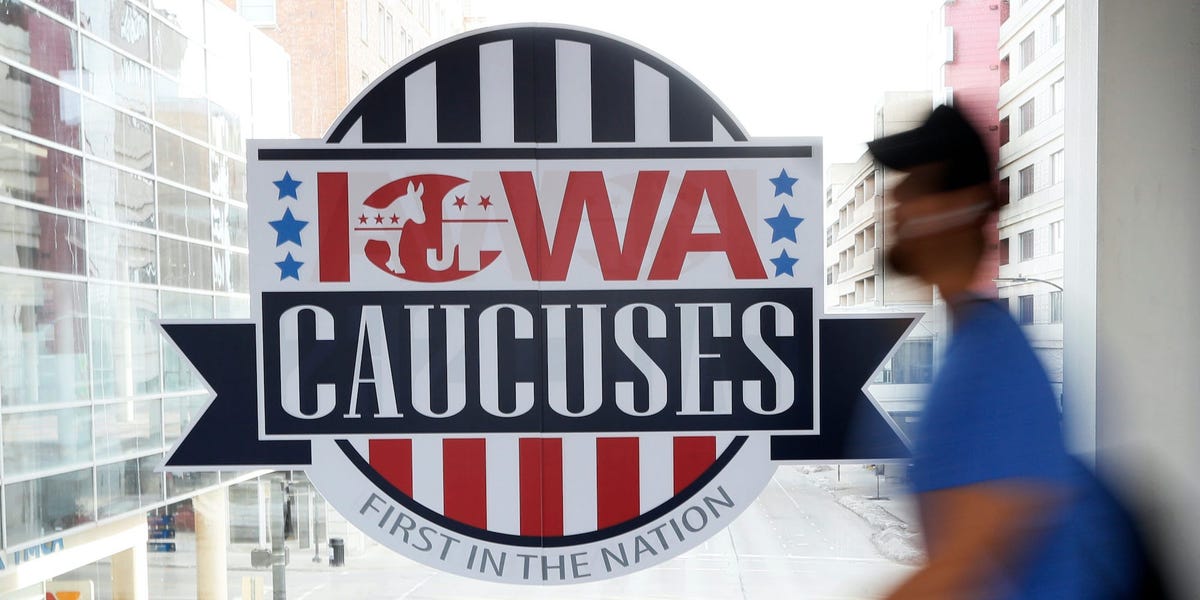 The Democratic National Committee could consider a proposal to end the 50-year tradition of the Iowa caucuses kicking off the presidential nominating process.

The DNC Rules & Bylaws Committee, which is convening for its winter meeting in Washington, DC, is discussing a proposal on Friday evening that could shake up the presidential primary nominating calendar in 2024 and dislodge Iowa from its long-held first-in-the-nation status.

A draft proposal, which the Des Moines Register obtained and described as a resolution, would make states specifically apply to hold primaries or caucuses in February — pursuant to certain proposed criteria that could specifically disadvantage Iowa.

But one of the DNC members who would oversee any potential rule changes rebutted the report in the Des Moines Register and attempted to downplay talk of changing the primary schedule on Friday evening.

“Contrary to what one reporter may think, there is no prepared resolution floating around out there,” James Roosevelt Jr, co-chair of the DNC’s Rules and Bylaws Committee, said during a meeting of the panel. “What was characterized as a resolution was an evolving memorandum of what we discussed in our January meeting.”

“The substance of a resolution is coming out of the discussion at this committee and will be we will be getting to that eventually, but not today,” he later said.

A shake-up to the calendar could upend 50 years of tradition — and ruffle some feathers.

Under current DNC rules, no state can hold a primary or caucus before the first Tuesday in March, a date known as Super Tuesday. But Iowa, New Hampshire, Nevada, and South Carolina have all held their primaries in the first four weeks of February.

DNC Chair Jaime Harrison opened the meeting by assuring members that the party considers its primary schedule every four years. He assured the Rules and Bylaws Committee that committee leadership would be “judicious” in considering the issue.

“They will listen to all and they will work with me and the president and all of you to make sure the end results of the process reflects the best of the Democratic Party,” Harrison said.

Even if a resolution passed through the committee, it would only be the beginning of a long process of formally shaking up the primary calendar. The full DNC membership would have to vote to approve the resolution, and even then, Iowa still could apply to be first in the nation.

Iowa kicking off the presidential nomination contest with its unique caucus format has been a storied political tradition since 1972. It’s also given the state outsized importance in the presidential primary despite only accounting for a minuscule percentage of delegates. Candidates, thousands of campaign organizers, and reporters alike typically descend on the state months in advance in preparation for the big day.

And Iowans feel strongly about their caucus. Scott Brennan, a DNC member from Iowa, delivered a frustrated rebuttal to those who sought to end the state’s first-in-the-nation status.

“The four early state process worked,” he said during the meeting, citing the caucus’ selection of eventual Democratic nominees Barack Obama in 2008 and Hillary Clinton in 2016.

During the 2020 caucus, a brand-new app the state party debuted to report results was bogged down by technical malfunctions and glitches. The app meltdown plunged the night into chaos as precinct chairs struggled to report their results, caused multiple candidates to claim victory, and led to ugly finger-pointing between the state party and the DNC over who was at fault.

The debacle was an embarrassment for the Iowa Democratic Party and left a black mark over the entire caucus process, spurring the most serious effort in decades to shake up the calendar.

The DNC resolution would make states apply for a special waiver. The waiver application process would consider factors including a state’s “ethnic, geographic (and) union representation,” according to the Register, which could undermine a state like Iowa, which has a population that’s nearly 90% white.

Even before the vote-counting fiasco, the two overwhelmingly white and unrepresentative states of Iowa and New Hampshire kicking off the presidential nominating process had sparked public concerns from Democrats about diversity, and whether the calendar disempowered candidates and voters of color.

“For me, I would love at the end of the [first 4 primaries] for people to say one, ‘Wow that was pretty diverse. A lot of different people from different communities were able to have their voices heard,'” Elleithee said. “Two, I would love for the people at the end of that window to say, ”’Wow, that was really inclusive, more people got involved, more voices were heard than maybe we’re used to in the past.'”

President Joe Biden’s win demonstrates how out-of-step Iowa can be with the rest of the Democratic electorate. Biden came in fourth place in Iowa in 2020 and fifth in the New Hampshire primary, but rebounded thanks to Black Democratic voters in South Carolina handing him a first-place finish in that state’s primary.

“I think states like Nevada, New Hampshire, South Carolina can make a case about how they fit into that picture,” Elleithee said. “I have a harder time seeing that with Iowa, but Iowa should have the right to make the case for us.”

Other critics, like Iowa-based writer Lyz Lenz, noted that the caucus format can be inaccessible for elderly or disabled voters, those who work nights, and parents of young children who would need to get childcare in order to caucus.

The proposal would also give weight to a state’s “ability to run (a) fair, transparent and inclusive primary,” another possible roadblock for Iowa, which as the Register noted, is mandated to hold presidential caucuses by state law.

The proposal would also have the DNC consider a state’s general election competitiveness in granting a waiver to hold an early primary, the Register reported.

Some Democrats, including former Obama adviser and “Pod Save America” co-host Dan Pfeiffer, also suggested in the wake of the caucus debacle that Democrats think strategically about which states should get the kind of investment that Iowa does.

Iowa, which has become much more reliably Republican in recent years, is far less competitive in general elections than other battleground states like Arizona, Georgia, Michigan, Pennsylvania, and Wisconsin.

“There are plenty of arguments against the Iowa Caucus, but one I don’t hear enough: hundreds of the best organizers in the party just spent a year knocking every door and accumulating mountains of data and most are leaving tomorrow,” Pfeiffer tweeted the night of the 2020 caucuses. “What if that all happened in Wisconsin?”