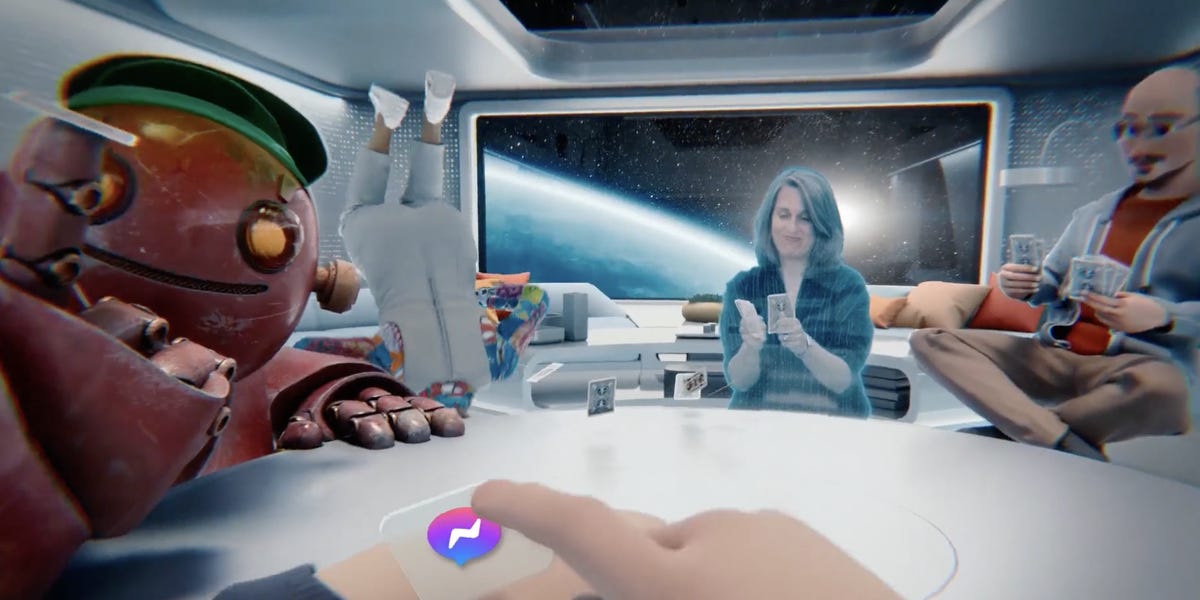 Some version of a “metaverse,” a 3D internet accessed through augmented or virtual reality devices, seems inevitable with tech giants such as Facebook, Apple, and Microsoft investing heavily in the space. That’s striking fear into security, legal and other experts who see such a platform exacerbating existing online problems, and creating new issues.

“It’s a match to a keg of gasoline,” said Marc Berkman, executive director of the nonprofit Organization for Social Media Safety.

Jon Sriro, co-chair of the data privacy and cybersecurity practice at law firm Jaffe, Raitt, Heuer & Weiss, said it makes no difference whether a metaverse is controlled by a centralized entity like Facebook, or is decentralized. When it comes to data and security, “I see doom either way,” he added.

A version of the internet that is as close to the physical world as possible, populated with hyperrealistc avatars partaking in endless activities with access to digital goods, is full of opportunity but also ripe for abuse. Here are 4 scenarios experts are most worried about.

Physical abuse in a virtual world

An early user of Facebook’s Horizon Worlds VR experience said late last year she was groped while other users looked on. Had such an incident occurred in the physical world, it would be a crime, but since it occurred in a virtual space, it’s unclear what, if any, legal recourse a victim has.

“I imagine she felt so violated and it’s got to be a crime, but where do you go?” Sriro asked. An assault like this would likely fall under the scope of federal cybercrime law, which is handled by the FBI, but the laws are not up to date with the metaverse. The agency already has trouble dealing with online activity like

, he added, given malicious actors are often based in other jurisdictions.

“We’ll see an increase in concern around safety and abuse,” said Michael Coates, Twitter’s former chief information security officer and founder of data security firm Altitude Networks. “When the online world is more distributed, you’ll face the idea of who is the moderator.”

Breaches of personal information are common online already. Companies operating a metaverse, which will likely require the wearing of many new types of physical tracking devices, will have access to much more than your credit card number.

“They’ll be collecting so much data about our physical selves and cyber worlds and habits and combining it,” Sriro said. “It will be incredible, their ability to target people and control how they react.”

Such data would probably be very valuable to advertisers and other fields, like insurance companies and surveillance, but also tempting for people who may be working in ransomware or

“Doxxing is bad enough now, think of what it could be with that level of information,” Sriro said.

Fraud and theft is “inevitable” in the metaverse, given it’s a new technology that many people don’t fully understand yet, according to Coates.

Relatively simple web links are already being used to gain access to people’s crypto wallets, and users are being duped into losing NFTs they purchased for the equivalent of tens of thousands of dollars, he noted.

He’s not sure how much power a company behind centralized metaverse would have when it comes to digital goods and thinks it’s unlikely a cohesive approach will emerge. More likely, the issue of theft will be left to a “free market,” in much the same way protecting a computer against computer viruses often comes down to the availability of antivirus software.

“It will create its own ecosystem where there are best practices to protect yourself and more trusted brokers or custodians,” he said.

Felix Mohr, who worked in FinTech before getting into Web3 businesses like his Crypto Fight Club game, sees the immersive quality of a metaverse as one of its biggest problems.

“People can be anyone in the metaverse and live out their wildest fantasies that they might never dare to try in real life,” Mohr said.

Gaming is already largely designed to give players a dopamine rush that will keep them playing for hours at a stretch. A metaverse will amplify the effect because a person can “build a strong emotional connection with the character they have shaped” and could completely withdraw from the real world, he explained.

It’s particularly a risk for young people, some of whom have already experienced negative effects of social media, such as bullying, eating disorders, and easier access to illegal drugs. Then there are the issues of catfishing and sex trafficking, Beckman said.

“Our working assumption is that there will be more ways to do all of this when you’re in a 3D world just walking around,” Berkman said. “Once this technology gets entrenched, it’s very difficult to make systemic changes.”