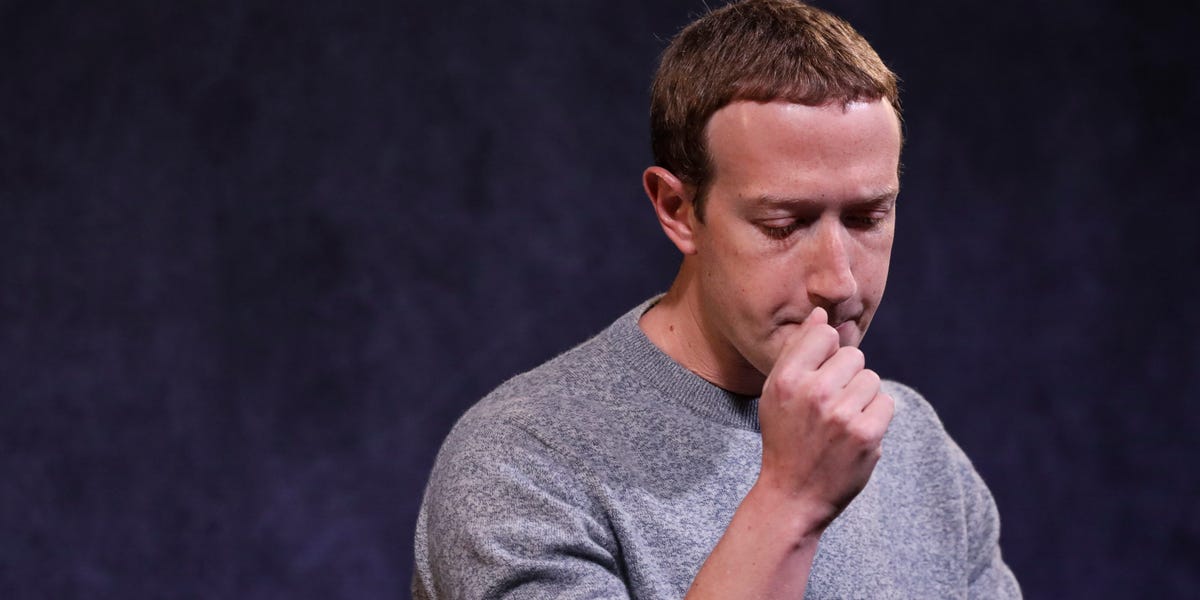 Facebook just went through yet another week of tumult as Apple’s privacy changes hit its ad business and long standing issues like declining user growth, cultural shifts, privacy concerns and antitrust scrutiny started to have a clear impact on its financials. Investors and some workers are in a panic, yet others appear to be taking to heart the saying “Never let a good crisis go to waste.”

A crisis it is. The company on Wednesday reported a drop in users and warned of a $10 billion hit this year to its ad business. The company has not been able to overcome privacy changes implemented by Apple on its devices. It also disclosed a $10 billion loss from its metaverse play last year, Reality Labs. The stock has yet to recover from a plunge that wiped a record $230 billion off its market value in a day.

An engineer at Facebook said some co-workers newer to the company seem “panicked” by the historic stock fall, but others are taking it in stride.

“More experienced people don’t care,” the person said. That may include Mark Zuckerberg, who quipped in an all-hands meeting on Thursday reported by Bloomberg that if he appeared to be red-eyed or tearful, it was due to a scratched cornea.

In the meeting, Zuckerberg said TikTok is providing “unprecedented” competition for Facebook. Earlier in its history, the company would often acquire rivals, but antitrust scrutiny has limited that strategy. Now, the company must innovate its way around TikTok, and Zuckerberg is pushing Reels, its short form video tool, as Facebook’s next star product. Unfortunately, creators don’t love it.

The threat of TikTok isn’t all bad. One former Facebook employee said the company is likely highlighting TikTok’s threat to show regulators it doesn’t have a monopoly in the social media market. Zuckerberg talked about facing competition half a dozen times on the earnings call.

More RSUs may be on the way

Many employees aren’t thinking about Reels or antitrust, the current Facebook engineer told Insider. They’re just looking forward to even more restricted stock units coming their way and Facebook’s stock making a comeback, as it has before. Shares of the company are still up almost 80% in the past 5 years.

Annual performance reviews are set to be completed in coming weeks, a process through which Facebook workers are rewarded with “refreshers,” additional stock grants based on performance and calculated on the fixed dollar amount of a person’s base salary. So, a person earning $350,000 a year in salary will get as many extra RSUs as necessary to equal that number. Refreshers often total at least the amount of a person’s salary, often going up to two and three times for better performance. Should Facebook’s stock come back up, as it has in the past, that would mean significant upside for those receiving RSU’s right now.

“If people aren’t happy with that, they can find another opportunity quickly in this market,” the Facebook engineer said.

Many have. Facebook’s recent scandal-plagued history has hurt its ability to retain and recruit talent. Greg Selker, head of the North America technology practice at executive recruiting firm Stanton Chase, said the company’s issues this week will exacerbate existing problems, but falling stock isn’t enough to cause a new mass departure.

Those who have already left don’t have the luxury of getting new equity “refreshers” from the company. So they are feeling the impact of the stock slump more. “I’m nervously looking at my vested stock options deflating in value,” the  former employee said. “Gotta play the even longer game, I guess.”

Some see a stock comeback

Mark Mahaney, a top internet analyst at Evercore ISI, said in a note that he sees Facebook making something of a comeback, with its stock getting back up to $350 a share, although it could take “several months.” That’s well below its all-time high of $384 in September. Mahaney sees the company successfully building out Reels and overcoming the threat to its ad revenue-reliant business posed by Apple’s privacy changes.

Still, Sheryl Sandberg said on Wednesday that a rebuilding of the company’s ad infrastructure is required, an undertaking that is “very much a multi-year effort.” In prior quarters, the company seemed far less concerned about impact of Apple’s changes.

“What a difference 24 hours makes,” Brian Nowak, an analyst at Morgan Stanley, said.

Are you a Facebook employee with insight to share? Got a tip? Contact Kali Hays at [email protected] or through secure messaging app Signal at 949-280-0267. Reach out using a non-work device. Twitter DM at @hayskali. Check out Insider’s source guide for other suggestions on how to share information securely.