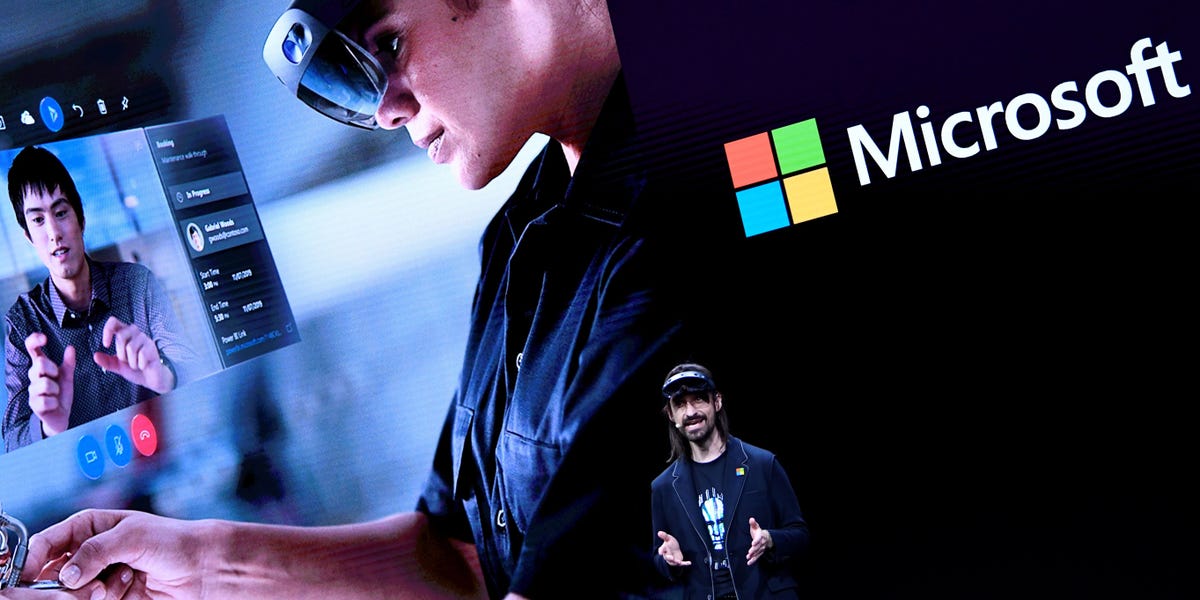 Microsoft’s mixed reality business is undergoing a major technology shift, moving away from the Windows operating system that powers its current HoloLens headsets. The move would likely reduce the cost and complexity of its devices, but upend the strategy Microsoft has pursued since the HoloLens first debuted.

The HoloLens 3, which Insider reported was scrapped by Microsoft last year, was the only planned future version of the mixed reality headset that was designed to operate as a “full-self-contained computer,” a source with direct knowledge of the matter told Insider. Microsoft’s decision to cancel that version, internally dubbed “Project Calypso,” has pointed the company in new directions, including a partnership with Samsung and a potential cloud-based mixed reality device.

Microsoft is racing with competitors including Apple and Facebook-parent company Meta to make augmented reality and virtual reality technology a hit with consumers. Microsoft’s current HoloLens 2 headset, which overlays digital images on a user’s view of the real world, costs upwards of $3,500 and is primarily aimed at business users.

After Insider reported Microsoft canceled its plans for a HoloLens 3 mixed reality headset, Microsoft Technical Fellow Alex Kipman — the coinventor of the device who runs the company’s mixed reality unit — rebuffed the report by saying, “Don’t believe what you read on the internet.”

“#HoloLens is doing great and if you search said internet they also said we had cancelled #HoloLens2… which last I checked we shipped with success,” Kipman tweeted.

Kipman’s characterization of the situation was deemed “complete bullshit,” by the source with direct knowledge of the product roadmap.

“In no uncertain terms, Calypso was canceled,” the person said. “All of the people who were working on it have been distributed to other programs or have left the company. Microsoft might take the HoloLens 2 and put lipstick on a pig for another release” but it is not Calypso.

The version Microsoft was planning for the HoloLens 3, under Project Calypso, operated just like the first two released versions of the HoloLens in that it was a self-contained computer operating on Windows, but was built to be more rugged, with longer battery life, and able to be used outdoors. Microsoft canceled the project in order to put engineering resources behind other projects including a device built in partnership with Samsung, called “Project Bondi,” named after a beach in Sydney, Australia. That device is intended essentially as a set of screens in a headset with a Samsung phone in your pocket operating as a computer. Apple’s long-rumored virtual reality headset is expected to operate much the same way.

While Microsoft as of recently did not have plans for another HoloLens-like headset running on Windows, the person said the company is planning a forward-looking device that would function like an edge device, with computing happening offsite in the cloud. It’s unclear whether Microsoft would call that device a HoloLens, but the person said the project was just in its infancy. “That device is in early planning and may still change significantly,” the person said.

Microsoft spokesperson Frank Shaw said the company had no comment on the new details about Calypso and the HoloLens business. When Insider reported earlier this week that the HoloLens 3 was scrapped, Shaw said that “Microsoft HoloLens remains a critical part of our plans for emerging categories like mixed reality and the metaverse,” and noted that the company remains “committed to HoloLens and future HoloLens development.”

Microsoft first revealed HoloLens in January 2015 as part of its grand unveiling of the Windows 10 operating system. The pitch was that HoloLens would run a specialized version of Windows 10, making it easier for developers to bring their Windows apps to the headset. Now, the source says, the canceling of Calypso moves Microsoft away from Windows as the core of what could be its next big push into augmented reality. It’s unclear what operating system the cloud version would use, and a Samsung device would likely use Android, but the future device will likely require HoloLens developers to rewrite some or all of their software from scratch versus if the company went with a Windows device.

Microsoft’s first attempt at a mixed reality device was known internally as “Fortaleza,” named for a city in Brazil, which had the compute separate from display as a puck you wear on your belt, similar to Magic Leap’s device. That version of what would become the HoloLens was ultimately canceled as “not viable” and never saw the market.

Then Microsoft moved onto the “Project Baraboo,” named for a city in Wisconsin, which produced the device we today know as the original HoloLens, first unveiled in 2015 and released in 2016. That device was the first standalone mixed reality device, with all the computing hardware contained in the headset itself.

Quickly on the heels of the first HoloLens, Microsoft started developing what was supposed to be the HoloLens 2, but that too was scrapped. The person said Kipman’s perspective was that the new device was not enough of an improvement from the original HoloLens, and there was no need to rush a new device out because there were no companies he considered competitors in the market. The version ultimately released as the HoloLens 2 in 2019 came out of a later project called “Project Sydney,” named for a city in Australia.

Microsoft is currently developing a custom product based on HoloLens technology for the US military as part of contract that could be worth as much as $22 billion. That project is called “Delaware,” while that device itself is called “Atlas” and works with a computer strapped to the front of the user and a battery on back.

But Microsoft has fallen behind schedule on the project, according to employees and a recent report from the Pentagon’s test office, first reported by Bloomberg, said that Microsoft’s system “has not yet demonstrated the capability to serve as a fighting goggle.”

According to a video posted to YouTube, IVAS Technical Director Jason Regnier gave an update on the project in December in which he said the latest version of the device for the military is “more or less what you would call Hololens 3 although they don’t have a commercial equivalent for this yet.” A military spokesperson said they are aware of a such presentation but that it was recorded and rebroadcasted without permission.

Are you a Microsoft employee or do you have insight to share? Contact reporter Ashley Stewart via the encrypted messaging app Signal (+1-425-344-8242) or email ([email protected]).