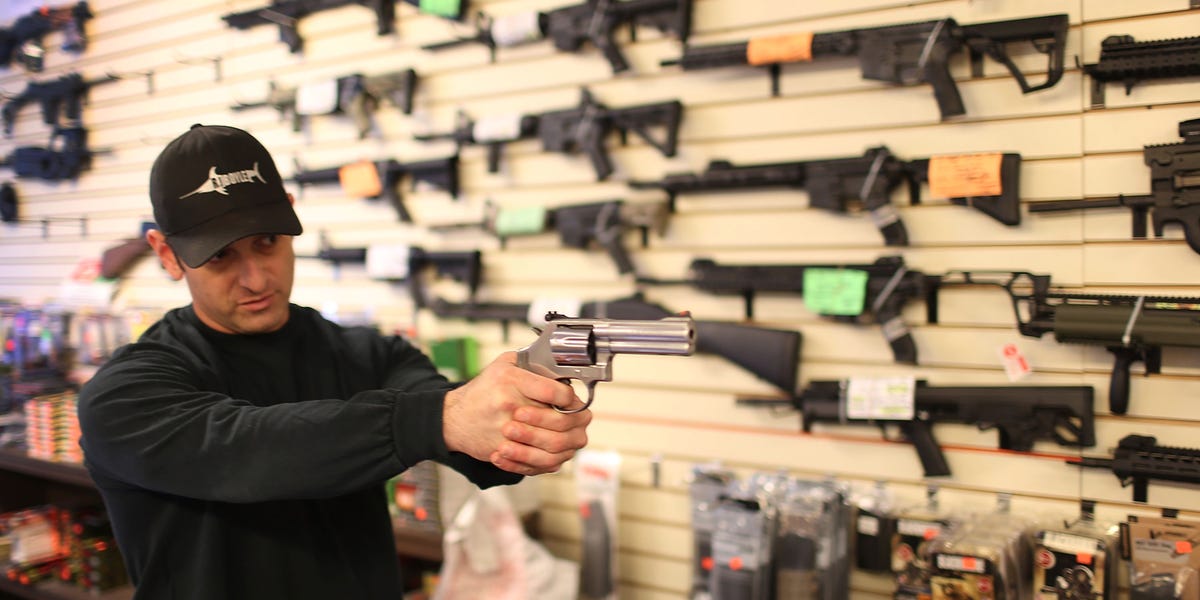 Growing concerns over personal safety are fueling a striking surge in gun sales in the US, according to research and firearm experts.

“If you were to walk into any big-box store or any small corner gun store, you would see the shelves are bare, and they are bare because of demand,” said Marc Oliva, a representative for the National Shooting Sports Foundation. “Manufacturers are working around the clock to be able to keep up with that demand.”

Demand for guns started surging in March, around when the coronavirus was declared a pandemic, according to federal data on background checks, which are generally required to purchase a firearm.

“At that time, law enforcement was stretched thin because officers were being infected,” Oliva said. “Police departments were also saying they had to triage emergency calls and not respond to everything and change their own protocol to take precautions.”

People grew concerned about their ability to protect themselves if the police weren’t available. Demonstrations, looting, and calls to defund the police following the death of George Floyd in Minneapolis also fueled safety concerns, which translated into higher gun sales, he said.

The FBI in June processed a record 3.9 million background checks, representing the most checks since the agency started recording that data in 1988. While background checks are key indicator for demand, they are not a direct representation of number of guns sold.

The Brookings Institution estimates that about 3 million more firearms were sold between March and June in the US than is typical for those months of the year.

According to gun dealers surveyed by NSSF, about 40% of their sales during the surge have come from first-time gun buyers. Typically, this group represents about one quarter of guns sold.

Oliva referred to this as a “seismic shift” among gun owners.

“People who were on the fence about being a gun owner, they have now come off that sideline and they are taking action,” he said.

Sales of firearms typically fluctuate with election cycles — increasing under the threat of greater gun-control measures and falling after the election of a candidate who supports gun rights.

The US most recently saw a similar surge in demand linked to safety concerns after the 9/11 attacks, he said.