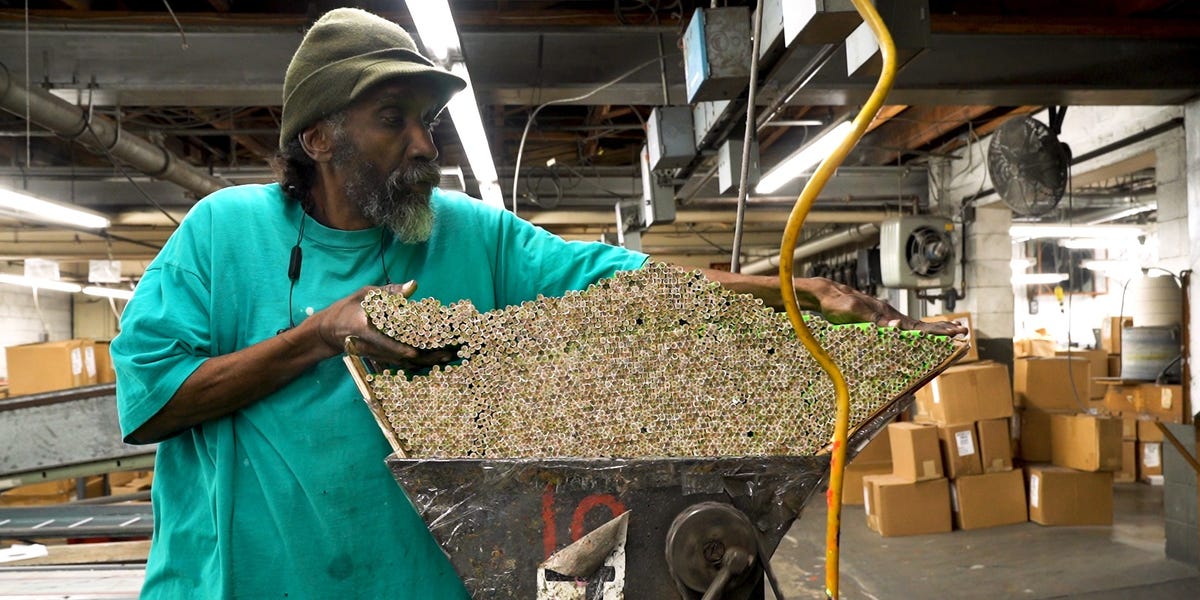 Musgrave Pencil Company is one of the last pencil factories in America.

And it’s the only one left in Shelbyville, Tennessee — a town once known as “Pencil City” for being home to more than half a dozen manufacturers.

Business Insider Today visited the factory back in March, before it closed for four weeks because of lockdown orders. But now it’s open again — and just like before, it’s managed to survive.

Since its founding in 1916, the company has produced an estimated 30 billion pencils. Henry Hulan is chairman of Musgrave, as well as the grandson of its founder.

“I’ve been coming out here for so long that this is — this is home,” Hulan told Business Insider Today.

Over the years, Musgrave has been no stranger to disruption in the market. When cheaper, imported pencils began hitting the shelves of US stores in the 1990s, many pencil manufacturers in the area folded.

“They were bought by bigger corporations and they were moved,” Hulan said. “They’ve all basically disappeared during that time.”

Musgrave held on, pivoting to smaller batches of customized pencils, instead of competing with overseas bulk production. The company found its own niche in the industry by producing personalized pencils for school districts, retailers, hotels, and other brands.

The shift in focus has called for some new machinery, which employee Michael Edwin Walker demonstrated for Business Insider Today.

“This process right here is a film transfer that we put on the pencil for a designer,” he said. “You’ll take the painted pencils, and put it into this hopper right here. And as they come through this hopper, they go down the rollers. Then they come underneath a rubber transfer dye that says the ‘happy birthday.'”

And the century-old company has gotten an online makeover, too.

“We have put a lot of production clips on Instagram and Facebook, and people just love it,” said Hulan. “I mean, I love it too. I’ve got friends that say they check Instagram twice a day just to see if something is coming up.”

“The pencil-making business continued to thrive under their leadership because they adapted to the times,” Alben Simmons, president of the Bedford County Historical Society, told Business Insider Today.

But Musgrave’s commitment to pencil-making has always been about more than just business.

Over the years, the company has employed thousands of Shelbyville residents.

“My mom, my aunt, my uncle, my wife — they’ve all worked here,” said Walker. “It’s made a lot of good living for people.”

“We like helping our employees make a living in Shelbyville, and we felt like we owed it to them as much as ourselves to stay here and keep the company going,” Hulan said.

Musgrave Pencil Company reopened on May 4 after Tennessee’s stay-at-home order was lifted.

During its four-week closure, the company was able to protect many factory employees’ wages and benefits thanks to a Paycheck Protection Program loan.

Sales have fallen during the pandemic, with an additional slowdown expected as hotels and schools continue to face an uncertain future.