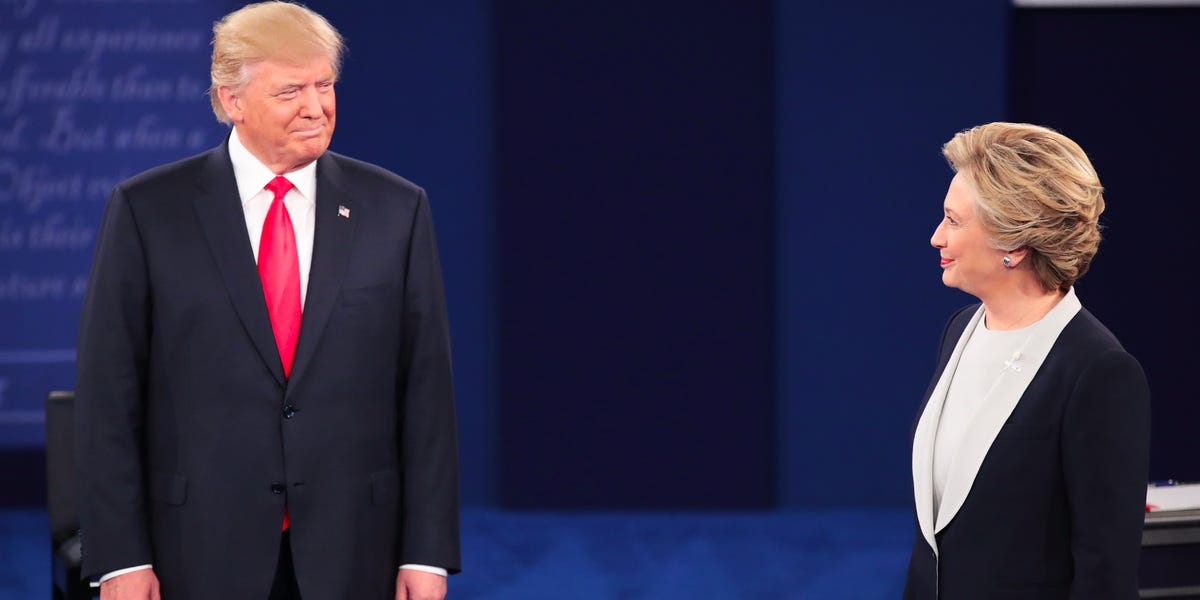 President Donald Trump is in one of the worst positions for reelection an incumbent president has ever been in as voters continue to give him overwhelmingly negative ratings for his overall job performance and his handling of the COVID-19 pandemic.

On average, Trump trails former VP Joe Biden by 8.8 percentage points in FiveThirtyEight’s tracker of national general election polls, a larger and more consistent lead than 2016 nominee Hillary Clinton ever attained in the summer of that year.

The president is also behind in the closest swing states he carried in 2016, including Michigan, Wisconsin, Pennsylvania, Arizona, Ohio, and Florida, and is now virtually tied with Biden in Georgia and Iowa, two states that were previously expected to be safely in Trump’s column.

As CNN election data analyst Harry Enten has written, no incumbent president in the modern era has come back from such a deficit, and with millions of voters set to cast early or mail-in ballots weeks before election day, time is running out.

But the nagging voice of “what about 2016?” still lingers in the back of many Democrats’ minds, with some Democratic officials openly suggesting that the current polls are inaccurate or underrating Trump’s support as some polls did in 2016.

But polls aren’t meant to be a spot-on, perfect prediction of what will happen. Rather, they reflect the beliefs and preferences of a certain slice of the electorate at a given time.

And while its certainly true that polls are no substitute for voting and Trump could certainly still win re-election, 2020 is not 2016, and there are many reasons to believe that Biden’s lead is far more durable than Clinton’s in many ways, reducing the chances of a major upset.

So what exactly happened in 2016? It’s more complicated than it appears:

Since the 2016 election, there’s been a consistent but a misleading narrative that the polls were disastrously wrong. In reality, the polls were a lot more accurate than some commentators make them out to be.

At the national level, RealClearPolitics’ polling average showed Clinton leading Trump by 3.2 percentage points the day of the election. She ended up winning the popular vote by 2.1 percentage points, a 1.1 point difference that is within the margin of error for most polls.

In Michigan, Clinton led the polls by 3.6 points on average while Trump carried the state by a margin of 0.3 points. Clinton also led the polls in Pennsylvania by 2.1 points while Trump ended up winning by a margin of just 0.7 points, a 2.8 percentage point difference. And in Florida, where polls showed Trump leading by 0.4 points on average, he ended up winning by 1.2 points, a 0.8 percentage point difference.

The biggest discrepancy was in Wisconsin, which Trump won by a margin of 0.7 percentage points despite Clinton leading polls by 6.5 points on average in RealClearPolitics’ polling average.

Some of the disparities between the polling margins and actual results in states like Wisconsin came from were state-level polls not adequately weighting, or factoring in, education levels, which ended up obscuring some of Trump’s support from white, non-college-educated voters. Since then, pollsters have reevaluated many of their methods and now factor in education to a greater ar extent.

Courtney Kennedy, the Director of the Pew Research’s survey center, also explained in 2017 that voters who decided on a candidate at the last minute heavily broke for Trump in several of the key swing states he narrowly won, an effect that is impossible for polls to capture far in advance.

And when putting 2016 polling in a historical perspective, FiveThirtyEight’s Nate Silver wrote in 2018 that the research at the time showed that the 2016 presidential polls “were about as accurate as polls of presidential elections have been on average since 1972.”

“The media narrative that polling accuracy has taken a nosedive is mostly bull—-, in other words,” Silver wrote. “Polls were never as good as the media assumed they were before 2016 — and they aren’t nearly as bad as the media seems to assume they are now. In reality, not that much has changed.”

Why should I pay attention to polls this time?

How can I tell if a poll is trustworthy or not?

Every election cycle, FiveThirtyEight publishes comprehensive ratings of pollsters that assign different polling outfits a letter grade based on factors including the quality of their methodology and their historic accuracy.

In addition to FiveThirtyEight’s ratings, here are some other factors to look for when reading individual polls:

Oma Seddiq contributed to this report.