How US Special-Ops Aviators Prepare for Helicopter Crashes on Missions 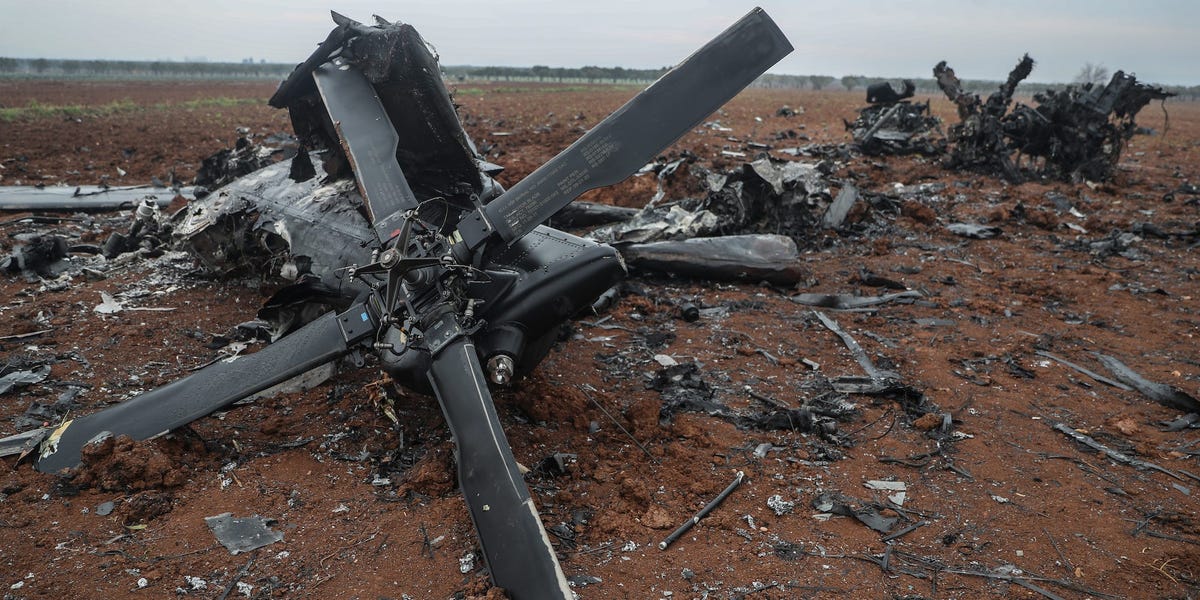 The hours-long raid killed 13 people, including six children and four women. There were no American casualties, but that almost wasn’t the case.

During the operation, an MH-60 Black Hawk helicopter flown by the elite pilots of the 160th Special Operations Aviation Regiment, nicknamed the “Night Stalkers,” had to land after experiencing a malfunction. US forces then destroyed the chopper with an air strike to prevent it from falling into the wrong hands.

For the Night Stalkers, the risk of a crash is omnipresent during these kinds of operations, but they are prepared for that possibility.

Night Stalkers are always ready should something go wrong with their helicopters, but their response depends upon the severity of the problem, according to Greg Coker, a retired chief warrant officer 4 and legendary Night Stalker pilot.

“If you get a caution/warning light, the pilot will conduct actions in accordance with the emergency procedure for that helo. If serious, the pilot will notify higher [command] and land if necessary. It may be ‘let’s fly it and watch it,'” Coker said. “If an engine fails, then the pilot would transmit a Mayday call over the radio. Combat search and rescue would be launched, usually a 160th asset.”

Other helicopters taking part in the operation would land to pick up the downed helicopter’s crew and passengers so they could continue the mission, Coker told Insider.

“The pilot in command will evaluate the helo emergency and make a decision to land or go to the target. We push our machines to the limit to complete the mission. The mission is always the priority,” Coker added.

The operational environment also dictates how the Night Stalkers will react. If the emergency occurs in a permissive environment, the helicopter will be left behind to be picked up by the forces conducting combat search and rescue.

If it takes place over a semi- or non-permissive environment, then the helicopter will be destroyed either with explosives or an air strike, as was the case in Syria last week.

Should a helicopter go down, its pilots and crew chiefs are ready to fight. In the past, Night Stalkers were lightly armed, carrying handguns and light machine guns, such as the MP-5. Now they carry the same weapons as their counterparts on the ground, and they know how to use them.

“All Night Stalkers are highly trained in weapons and tactics if found on the ground. They are all proficient shooters and considered an asset by the ground force and not a liability,” said Coker, adding that that was one of lessons learned after the 1993 mission in Mogadishu, Somalia, in which two Night Stalker helicopters were shot down and their crews wounded or killed.

Coker, who flew the AH-6 Little Bird gunship for 11 deployments with the Night Stalkers, knows what a crash looks like. In 2004, Iraqi insurgents shot down his helicopter, but Coker and his co-pilot survived and continued fighting, an experience he wrote about in “Death Waits in the Dark: Six Guns Don’t Miss.”

“Obviously you cannot train the actual event, but we do a considerable amount of planning and mission prep, thinking through such contingencies and how we would respond,” a retired Delta Force operator who participated in hundreds of helicopter assault operations told Insider. The former operator asked that his name not be used to protect his privacy.

“Although it doesn’t happen often, it does happen more than you might think. Helicopter mishaps are common downrange. When the adrenaline is rushing as you touch down close or on the X in the middle of the night with dust all over the place from the helicopter rotors, it’s easy to miss that small berm or the extra foot of wall,” which can damage or even bring down the aircraft, the retired special operator added.

The first took place in the jungles of Panama during a training event in 1990. An MH-60 Black Hawk carrying 11 Delta Force operators crashed into the foliage, severely wounding all aboard.

The second, and most well-known, happened in Mogadishu in 1993 during what’s known as during the Battle of Black Sea.

Two MH-60 Black Hawks taking part in a raid were shot down by Somali militia, starting a daylong battle in the streets of the Somali capital that left 18 Delta Force operators, Rangers, Night Stalkers, and regular troops dead.

The “Black Hawk Down” incident has had a lasting legacy. In 2021, the US Army upgraded dozens of the medals given to troops involved in the operation.

The third crash took place during the US Navy SEAL raid that killed Osama bin Laden in Pakistan in 2011. A specially modified stealth MH-60 Black Hawk struck one of the compound’s walls and crashed into the courtyard.

No one aboard was seriously hurt, but the helicopter had to be destroyed at the scene. The tail rotor survived the demolition and images of it were seen by the whole world the next morning.

“Helicopters are delicate beasts, and we are very fortunate to have the Night Stalkers. These guys are literally the best helicopter pilots in the world, and I would trust them with my life. It says something about their skills that, despite the dangers, we very rarely have any casualties,” the retired Delta commando said.

“Our helicopters are the best maintained aircraft in the world. Serious maintenance issues rarely occur, but when they do, the best air crews in the world will figure it out and continue mission,” Coker added. “You can replace helicopters, but you can’t replace Night Stalkers.”

Stavros Atlamazoglou is a defense journalist specializing in special operations, a Hellenic Army veteran (national service with the 575th Marine Battalion and Army HQ), and a Johns Hopkins University graduate.