‘If Members Want to Do That, I’m Okay With That’ 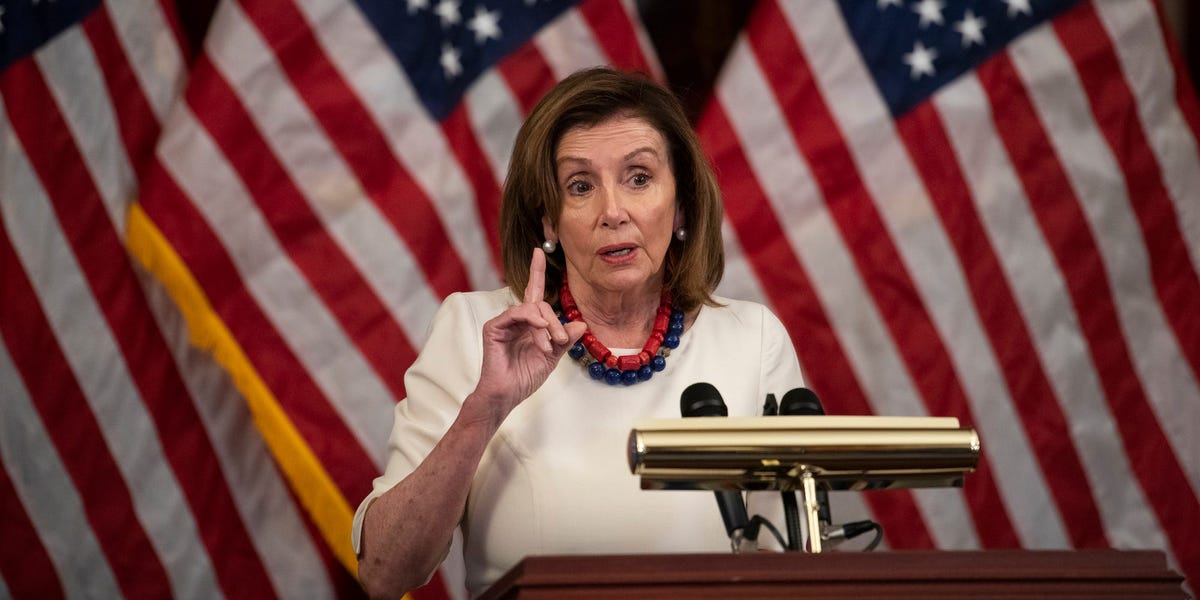 House Speaker Nancy Pelosi signaled on Thursday that she was open to considering proposals to ban stock trading by members of Congress, reversing course from a position she took last month.

“I’ve said to the House Administration Commitee, review all the bills that are coming in and see which ones — where the support is in our caucus,” said Pelosi, responding to a question from Insider about a request she made to the committee last Thursday. “If members want to do that, I’m okay with that.”

Facing pressure from both the left and the right, Pelosi has asked the committee to review compliance with the Stop Trading on Congressional Knowledge (STOCK) Act, which requires timely disclosures of financial transactions but offers little in the way of penalties for noncompliance. In December, Insider released “Conflicted Congress,” a 5-month investigation which found that dozens of lawmakers and nearly 200 senior congressional staffers had failed to comply with the law.

Pelosi told reporters that she’d received letters from members encouraging support for the idea, a possible reference to a letter to leadership being drafted by Rep. Jared Golden of Maine that was first reported by Bangor Daily News.

“We came to Congress to serve our country, not turn a quick buck,” wrote Golden in the yet-to-be-released letter.

Even as she signaled openness to changing the rules around stock ownership — spurred by a flood of new proposals, including from Democratic Sens. Jon Ossoff of Georgia and Mark Kelly of Arizona, as well as from Democratic Rep. Angie Craig of Minnesota and Republican Sen. Josh Hawley of Missouri — Pelosi made clear that she doesn’t see an issue with the status quo.

“I have great confidence in the integrity of my members. They are remarkable,” she said. “So when people talk about well, somebody might do this, and somebody — I trust them. If in fact we should have severer penalties for delays in reporting on the STOCK Act, then do that.”

Those remarks mirrored her position when first asked about the idea of a stock trading ban for lawmakers and their spouses in December. “We are a free-market economy. They should be able to participate in that,” she said at the time.

“I do come down always in favor of trusting our members,” she said. “To give a blanket attitude of ‘we can’t do this, and we can’t do that’ because we can’t be trusted — I just don’t buy into that.”

“Should the penalties be greater? Subject to review,” she added. “I don’t know why people don’t [report] on time, but whatever it is, if there’s a penalty, and it should be more severe, so be it.”

The Speaker then directed her attention at the Supreme Court, calling for it to be held to the same disclosure standards as Congress. She pointed out that the body has nothing like the STOCK Act in place to govern judges’ disclosures, even though it’s “where decisions are made all the time that affect our environment, our workforce, our personal freedoms, every subject you can name.”

“If we’re saying everybody should be living by the same standard, then so be it. That’s okay with me,” she said.

“But I don’t think that the court should be let off the hook,” she added, referencing a recent year-end report by Chief Supreme Court Justice John Roberts calling for greater financial disclosure in the judicial branch. “I say, when we go forward with anything, let’s take the Supreme Court with us.”