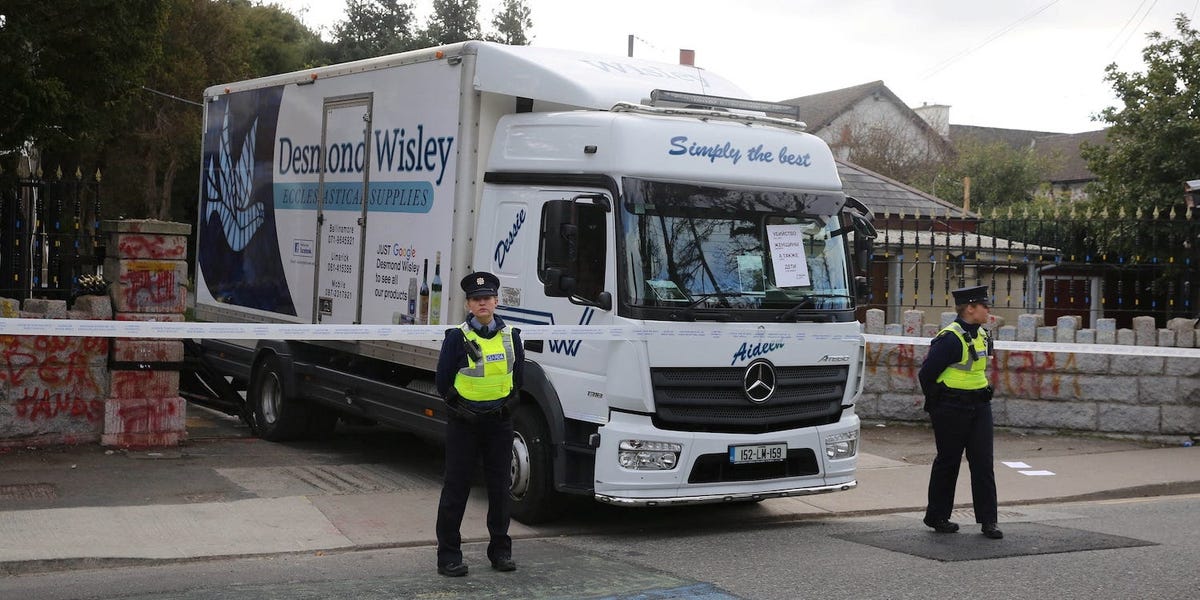 An Irish man accused of backing his truck into the gates of Russia’s Dublin embassy on Monday said he did so to protest the invasion of Ukraine and to make the ambassador leave his country.

Desmond Wisley was arrested for criminal damage and is expected to appear in court on Tuesday, The Irish Times reported.

The video shows Wisley then getting out of the truck and handing out pictures of the conflict in Ukraine to protesters standing outside the gate. Some of them can be heard praising Wisely, telling him he’s a “good man.”

“I just done this to create a safe corridor for the Russian ambassador to leave Ireland,” Wisely said in the video. “I want the ambassador and his colleagues to leave this country … It’s about time we stood up.”

“I’ve done my bit, lads. It’s about time the rest of Ireland done their bit,” Wisley added as he was led away by a garda, or Irish police officer.

There were no injuries reported. A protester who witnessed the crash told The Irish Times that Wisley had informed everyone of his plans to crash into the gate before doing so.

“He said to everyone: ‘I want to destroy this gate.’ He made sure everyone was out of the way. He was conscious of safety,” the protester told The Irish Times.

Authorities erected security barriers around the embassy after the incident.

Embassy of Russia in Dublin did not immediately respond to Insider’s request for comment. In a statement to The Irish Times, it called the stint a “criminal act of insanity.”

“The embassy strongly condemns this criminal act of insanity directed against a peaceful diplomatic mission,” a spokesperson for the embassy told the newspaper.

“The incident is cause of extreme concern. We believe that no people of sound mind could support such senseless and barbaric actions.”