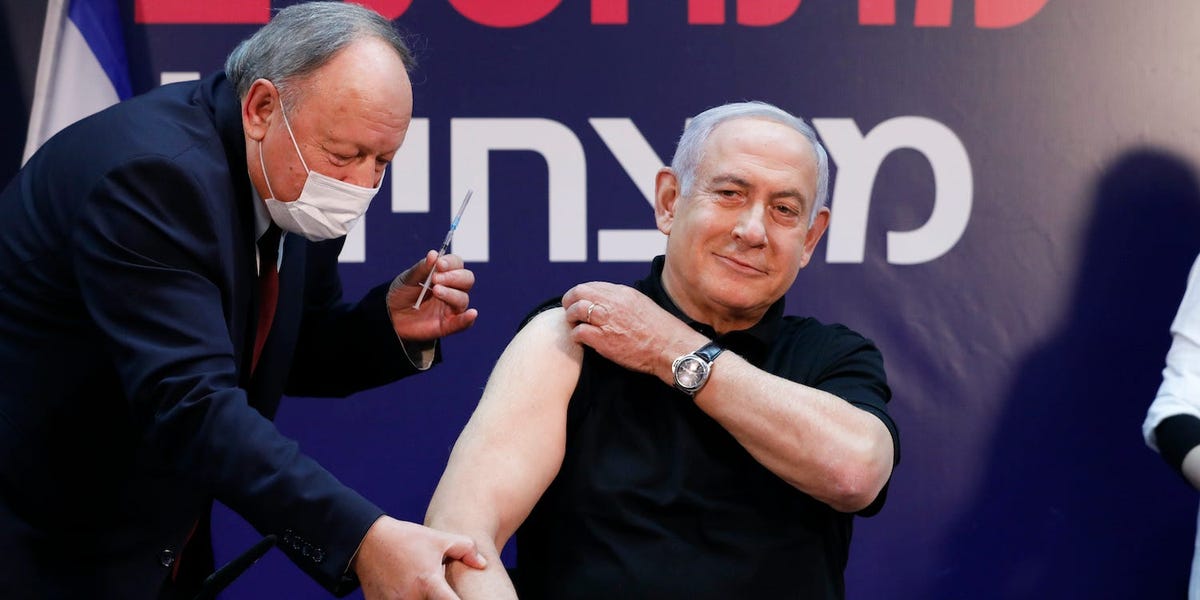 Israel expects to administer COVID-19 vaccines to all of its citizens aged 16-years and up by the end of March, putting the Middle Eastern country on pace to become the world’s first nation to immunize its population against the coronavirus.

“We would bring shipment after shipment and complete the vaccination of the over-16 population is Israel during March,” Prime Minister Benjamin Netanyahu said Sunday in a statement, welcoming a new shipment of doses from the pharmaceutical giant Pfizer.

While many countries around the globe have yet to even launch vaccination campaigns, Israel has jumped out as the world’s leader. Last week, Netanyahu announced a supply deal with Pfizer to secure enough doses to immunize its adult population by the end of March. Already, nearly one in five Israelis have received a first dose.

“We will be the first country in the world to emerge from the coronavirus,” Netanyahu declared, dubbing the country’s vaccination campaign Operation Getting Back To Life.

For now, the country has limited vaccinations to people 60 years of age and older, as well as healthcare workers and people at high risk of severe illness. More than 72% of that group has been immunized, the prime minister said.