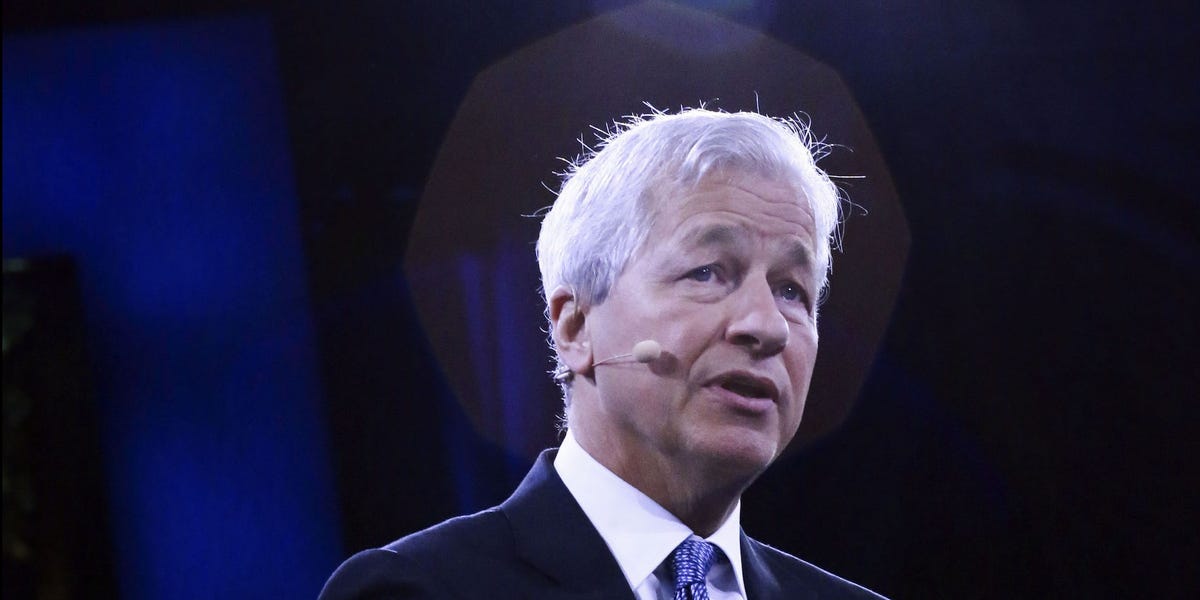 The first wave of bank earnings results came through on Tuesday, and despite all the noise from a messy, coronavirus addled quarter, the story could be distilled to this: Banks with top-notch trading platforms sailed past the choppy waters and beat earnings expectations, and those without them got wrecked.

JPMorgan Chase, Wall Street’s leading investment bank top to bottom, provides the most stark example. The bank set aside another $8.9 billion to brace itself for loan losses, and it still managed to churn out a profit of $4.7 billion. While that’s just half the net income the firm is accustomed to delivering to shareholders, it would be deep in the red given the circumstances if it weren’t for its trading arm, which accounted for all of the bank’s profits and then some.

In an alternate reality where JPMorgan put every other business line in a deep freeze and operated solely as an investment bank, the firm would’ve produced $16.4 billion in revenue and $5.5 billion in profits. Traditional investment banking activities like debt and equity underwriting were robust, but trading was the real showstopper, accounting for $9.7 billion in revenue — an all-time record for JPMorgan.

Trading performance improved thanks to a variety of factors, including elevated volatility and client activity, as well as market stabilization from the Federal Reserve.

Fixed-income revenues doubled compared with last year to $7.3 billion with strong contributions from nearly every product line. Equities revenues jumped 38% to $2.4 billion, thanks in large part to its equity-derivatives franchise, which has outperformed the field.

Citigroup, a top fixed-income trading shop but mid-class in equities, also beat expectations, though not exactly with flying colors. Net income plummeted 73% to $1.3 billion as the firm added a $5.6 billion buffer for bad loans and credit losses.

While the consumer-banking division lost nearly $400 million, its institutional clients group netted about $1.9 billion — led by $5.6 billion in revenues from fixed-income trading, a 68% increase over last year. Unlike JPMorgan, the stock-trading group — which shook up its leadership ranks during the second quarter — fell 3% compared with 2019, as margins in prime finance were squeezed and delta-one derivatives faltered.

But that all looks like gravy compared to Wells Fargo. Analysts didn’t expect the beleaguered bank to turn a profit this quarter, but the $2.4 billion loss was more than three times wider than they’d anticipated. Revenues also came in light, and the bank slashed its dividend by 80% — making it the only big bank to curtail its shareholder payout.

The problems at Wells Fargo, which is still recovering from a litany of scandals and faces stricter regulatory oversight, are myriad. But the glaring operational discrepancy between Wells and the other big banks is the absence of a significant trading business.

Consumer-banking got whacked at each institution, but the sales and trading businesses at JPMorgan and Citi helped cushion those losses, while Wells had little else to lean on.

Read More: JPMorgan volatility traders raked in $700 million through June — 3 times what they brought in for all of 2019. Here’s how they outpaced Goldman Sachs and Morgan Stanley on one of the hottest trades of the year.

But the trading tailwind at JPMorgan and Citi, and the industry at large, isn’t expected to carry through into the second half of the year, presenting a grim outlook for future earnings sessions.

Trading already started to cool off toward the end of June, and JPMorgan projected performance would fall by half in the next two quarters.

“We don’t assume we’ll have these unbelievable trading results going forward. And hopefully, we’ll do better than that, but we simply don’t know,” CEO Jamie Dimon said on the earnings call, according to a transcript from financial data platform Sentieo.

Citigroup executives echoed that sentiment on their earnings call, saying markets results would start to “normalize” in the second half.

Both firms expect corporate and investment banking, which benefited from a furious corporate appetite for lending as well as debt and equity underwriting, to cool off as well.

Interest rates and loan performance are unlikely to offer relief, and some firms have committed to hold off on layoffs for the rest of the year, removing another performance lever to pull. So what will banks rely on to spur results in the coming months?

Finding revenue growth will be a challenge, but firms aren’t destined to the same fate as Wells.

On the upside, hefty buildups of loan-loss reserves in the first two quarters could dull the pain the coming quarters.

“If the world doesn’t get worse than their outlook, they don’t have to add to their reserves anymore,” Glenn Schorr, an analyst with Evercore ISI, told Business Insider, who also suggested trading could remain stronger than banks are projecting.

If that plays out — and key economic indicators like unemployment and GDP don’t sag beyond what’s already baked in — earnings will substantially increase in the coming quarters, as firms hang on to capital instead of fortifying against more losses.

How investors will respond when charge-offs finally materialize remains to be seen.

The outlook is far more uncertain, and banks will be more at the mercy of factors outside of their control — the coronavirus, economic reopening, and the presidential election.

“Banks are levered plays on the economies they’re operating in,” Schorr added. Some perform stronger than others, but “no mistake about it, they’re at the mercy of the macro.”

Absent a V-shaped recovery, which will require containment of the pandemic, the second half of the year looks far less encouraging than the first half, according to Mark Doctoroff, global cohead of the Financial Institutions Group at Mitsubishi UFJ Financial Group.

“We are entering a very much risk on period for bank earnings as the state of the overall economy will now be reflected in the next quarters. Damage will be more evident unless we can point to a turnaround,” Doctoroff told Business Insider in an email. “On the positive side the election and a potential vaccine can trigger a positive result. We should expect a difficult couple months as we don’t know the eventualities on either the virus or the election.”

Equity is the new debt, with Corporate America selling record amounts of stock to stockpile cash. Here’s what prompted the sudden shift.