Key move Waymo needs to make in 2021 to hold off Cruise, Aurora 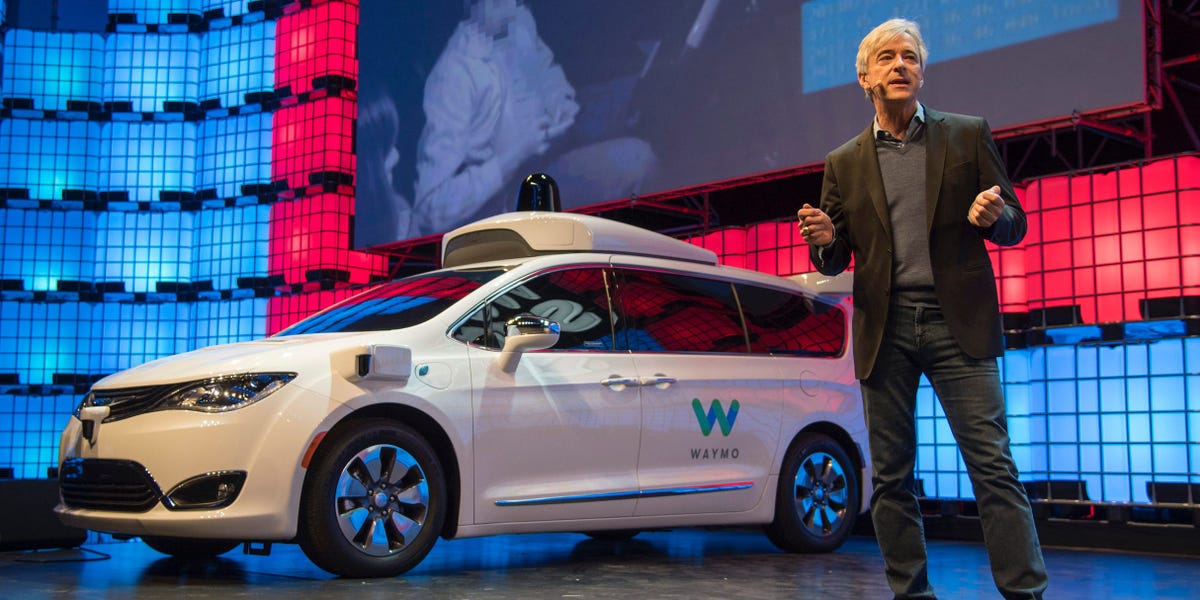 From the outside, it’s hard to measure the progress autonomous-vehicle companies make. Most of the self-driving cars on the road today are used only for private tests, and no one has created a metric that can make reliable and robust comparisons between two companies’ automated-driving systems.

Within that context, Waymo, a spin-off of Google’s self-driving-car project, collected an unusually high number of publicly visible milestones in 2020. Already seen by many experts as the industry’s leader, the company took a major step by making rides in driverless vehicles available to anyone using its Waymo One ride-hailing service. (Launched in 2018, Waymo One is the US’ first robo-taxi service, though it’s only available in the Phoenix metropolitan area.) No other company has matched that feat.

“It is a pretty big milestone,” Chris Robinson, a mobility analyst at Lux Research, told Insider.

Read more: Google paid a star self-driving engineer $120 million. Then he quit, joined a rival, and headed to prison.

But Waymo’s 2020 highlights didn’t end there: The company expanded its logistics business by signing partnerships with UPS, for whom Waymo carries packages, and Daimler, which will collaborate with Waymo on self-driving semi trucks. It raised $3.2 billion in its first outside funding round, a sum greater than the total amount of money raised so far by rivals like Aurora Innovation and Argo AI. And it announced a deal to develop robo-taxis with Volvo while publishing detailed reports on its approach to safety and the performance of its vehicles, a rarity in a tight-lipped industry.

These accomplishments led the trade publication Automotive News to name Waymo CEO John Krafcik its 2020 “all star” for the mobility industry.

The next step? Moving Waymo One beyond Phoenix

Though four experts who follow the autonomous-vehicle industry told Insider that Waymo is ahead of its competitors — due in part to the fact that it’s been working on automated-driving technology longer than any of them — they noted that some of those companies also made attention-grabbing moves in 2020: Cruise started testing driverless vehicles in a small section of San Francisco, Aurora acquired Uber’s autonomous-vehicle unit, and Motional announced plans to launch a robotaxi service with Lyft in 2023.

To continue building its lead in 2021, three of the experts said, Waymo needs to expand Waymo One beyond Phoenix.

“They have to be able to show that they can actually replicate these operations and put them in a new city,” said Michael Ramsey, an analyst at Gartner.

While Waymo is the only company moving paying customers in driverless vehicles, the Phoenix area is a relatively simple driving environment compared to Las Vegas, where Lyft customers can get rides in autonomous vehicles (with safety drivers behind the wheel) powered by Motional, and San Francisco, where Cruise and Zoox plan to launch their robotaxi services, said Sam Abuelsamid, an analyst at Guidehouse Insights.

A Waymo representative told Insider the company has tested its automated-driving technology in more than 25 cities, including San Francisco and Las Vegas, and in a variety of weather conditions, including rain, snow, and fog.

Ramsey said he expects Waymo One to expand to Mountain View, California — the site of Alphabet’s headquarters — and possibly a second city in California this year. A Waymo representative did not comment on the company’s timeline for bringing Waymo One to a second city, but directed Insider to a comment Krafick made in October, when he said, “You can imagine we’d love the opportunity to bring the Waymo One driver to our home state of California.” Krafcik also said in a December tweet that Waymo One will initially expand into southern and western states.

The fact that Waymo is still in the early stages of carrying people and goods, more than a decade after its founding, illustrates how difficult a path the company and its competitors face going forward. As Waymo’s rivals work to surpass it, the company will have to prove it has more than a head start to keep them at bay.

Are you a current or former Waymo employee? Do you have a news tip or opinion you’d like to share? Contact this reporter at [email protected], on Signal at 646-768-4712, or via his encrypted email address [email protected]