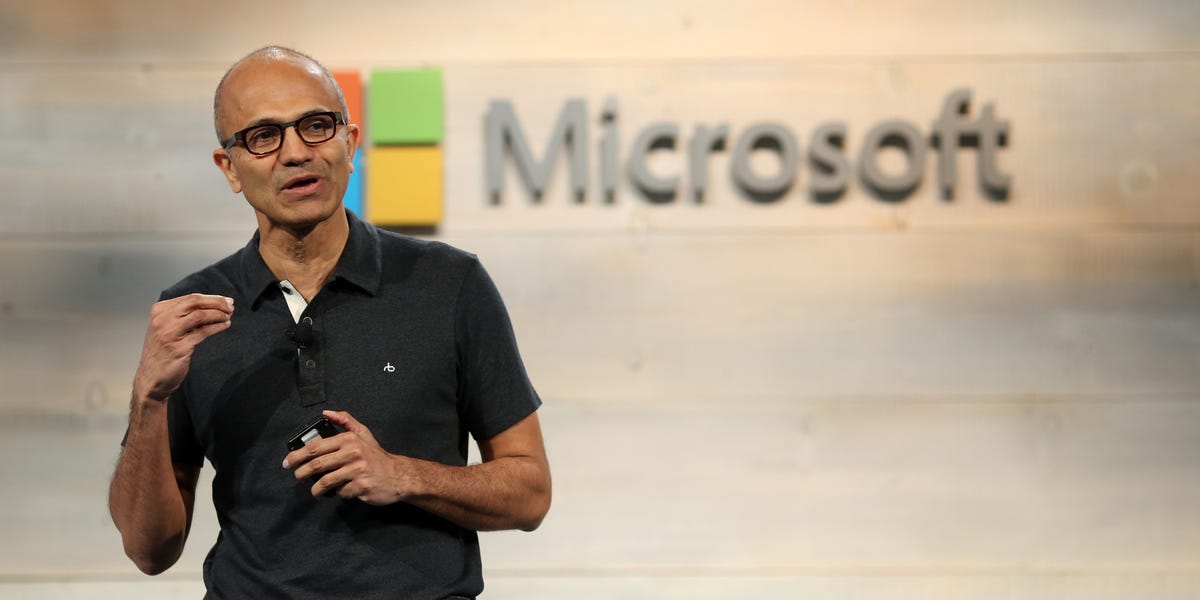 Microsoft typically makes its most significant changes around the time of its new fiscal year, which always begins on July 1. This year, those changes included a pair of major announcements in the waning days of June, as it announced it would be permanently closing retail stores and shutting down video game streaming service Mixer.

Those decisions, analysts say, indicate the company is honing its strategy to ruthlessly prioritize its strengths in the cloud software and infrastructure markets — and cut out anything that doesn’t fit into the strategy.

Those strengths, the analysts expect, will be on display Wednesday when the company reports earnings for its fourth quarter and fiscal year. Analysts expect strong results driven by the company’s cloud business, which is a typical headline for Microsoft’s earnings reports. Analysts are expecting quarterly earnings of $1.37 per share, on revenue of $36.5 billion.

Microsoft will take a $450 million charge for closing the stores, and it’s unclear exactly how Mixer might impact results, but analysts expect both will have a minimal impact on the company’s overall financial performance. Despite the challenges in the pandemic, Microsoft has largely benefitted from the shift to remote work amid the pandemic, and its stock has soared more than 50 percent in the past year.

Analysts credit CEO Satya Nadella’s strategy for laying the foundation for this strength, instituting a widely-lauded cultural shift at the company that turned around its reputation as an also-ran in the market.

“Under Steve Ballmer, Microsoft deteriorated into just another stodgy tech titan. Nadella did something extraordinary in turning the company around,” Forrester analyst Glenn O’Donnell told Business Insider. “It was excruciating to many of the troops in Redmond, but it was just what Microsoft and its customers needed.”

But to pull that off, it’s necessary to make difficult decisions about what’s working and what’s not.

“The ability to quickly pivot from what used to work, to what will work, separates the most dynamic companies from the rest,” Futurum Research analyst Daniel Newman said. “Often businesses pine on legacy models, Microsoft has shown a shift away from sticking with anything that doesn’t add value to its customers and shareholders.”

Meanwhile, Microsoft last week cut a small number of jobs as it transitioned to its fiscal year. One person familiar with the situation told Business Insider the cuts affected less than 1,000 jobs.

It’s unclear if, or how many of, the job cuts are related to the changes at Mixer and in retail stores. Microsoft typically makes staffing changes when a new fiscal year rolls around, and this year’s cuts were relatively small compared to previous years’, such as 2017 when Microsoft cuts thousands of jobs in a reorganization to better align its sales organization with its cloud business.

Microsoft announced plans to close physical retail locations and Mixer in June, in a sign of a more ‘dynamic’ strategy

Microsoft in June announced plans to permanently close nearly all of its physical retail stores. The stores were part of Microsoft’s decade-long effort to take on Apple in consumers PCs, Forrester analyst J.P. Gownder told Business Insider – but the strategy just wasn’t working.

“Unfortunately, the spaces were too often underutilized; while crowds thronged Apple Stores in the same mall or on the same street, the foot traffic, revenue per square foot, and usage of services didn’t match up to Apple Store,” Gownder said in June.

RBC Capital Markets in a research note last week said the firm believes the pandemic accelerated a strategy Microsoft was already planning to shrink its retail footprint and transition aggressively to a partner model with large displays at retailers like Best Buy and Target.

“The exit from retail is a great example of a faster, more dynamic Microsoft that has been thematic throughout Nadella’s tenure,” Newman, the Futurum analyst, said.

Days earlier, Microsoft announced plans to permanently shut down its video game streaming service Mixer. The news came as a surprise to the industry, particularly because Microsoft had just spent tens of millions of dollar luring top streamers like Tyler “Ninja” Blevins from Twitch, the Amazon-owned and market-dominating streamer.

Employees told Business Insider the company’s strategy of paying top streamers to join the platform wasn’t enough to overcome what they described years of issues — from technical fumbles, to business miscalculations, and allegations of a “toxic” working environment.

When it comes to Mixer, however, expert opinions are more divided on whether Microsoft was right to pull the plug.

“Microsoft threw in the towel too quickly on this,” Moor Insights & Strategy analyst Patrick Moorhead said. “I think it will conjure up images of the company walking away from first-party gaming services and may have people speculate about it exiting consumer services.”

To O’Donnell, the Forrester analyst, shutting retail stores and Mixer are examples of Nadella’s philosophy to cut the company’s losses when its investments aren’t working out. Nadella made his first big proclamation of this philosophy early on in his tenure when he made the decision to write off nearly the company’s $7.6 billion Nokia acquisition and lay off 18,000 employees.

While analysts say the cuts are smart business decisions, they have had real consequences for employees

While Microsoft has said the retail store closures will not result in any layoffs, sources and emails provided to Business Insider last week revealed employees can only keep their jobs in most cases if they agree to certain conditions, such as work a set schedule between 8:30am and 5:30pm Monday through Friday, and working out of a corporate office, even if that office is distant.

If they can’t meet the conditions, Microsoft has asked them to find a new role within the company — which is in a partial hiring freeze — or resign without severance by July 26, according to the sources.

When it comes to Mixer, Microsoft has said it the company is “committed to redeploying people and technology across our team wherever possible,” but it’s still unclear how many jobs will be affected by the closure.

Still, analysts including Newman, of Futurum Research, expect Microsoft’s prioritization to continue, meaning that they’ll be looking for signs of where the company might make further cuts.

“It is hard to say until we see the next quarter’s results,” Newman said, “but what I do believe is the company will be decisive in maneuvering to meet changing customer needs — especially those where the pandemic could be indicative of a longer term shift.”

Got a tip? Contact Ashley Stewart via email at [email protected], message her on Twitter @ashannstew, or send her a secure message through Signal at 425-344-8242.