Netflix stock fell as much as 8% on Friday, erasing $19 billion from the video-streaming titan’s market capitalization at intraday lows.

The decline reflected investors shrugging off Netflix’s robust growth in the second quarter and focusing instead on its disappointing third-quarter forecast.

Surging demand for at-home entertainment during the pandemic meant the company added 10 million subscribers in the period, boosting its total number of paying members to 193 million and driving up revenue by 25%, to $6.15 billion.

Netflix also slashed its marketing costs by 28% and spent less on content production as television and movie sets were shut down. The upshot was a 92% increase in operating income and a 163% rise in earnings per share, to $1.63.

Read more: BANK OF AMERICA: Buy these 14 stocks that are likely winners in the pandemic — and may benefit from the biggest trends that will define the future

However, its EPS figure was below analysts’ consensus forecast of $1.81, according to Yahoo Finance.

The group’s shares — up about 60% this year before the earnings release — also dropped because Netflix said it expected to add only 2.5 million subscribers this quarter, or less than half of what Wall Street expected.

Netflix co-CEOs Reed Hastings and Ted Sarandos said in a letter to shareholders that they anticipated a year-on-year slowdown because the pandemic pulled forward demand and new seasons of “Stranger Things” and “Money Heist” inflated subscriber growth in the third quarter of 2019.

Read more: A Wall Street expert breaks down his precise 5-part strategy that could quadruple returns for investors buying the market’s smallest companies 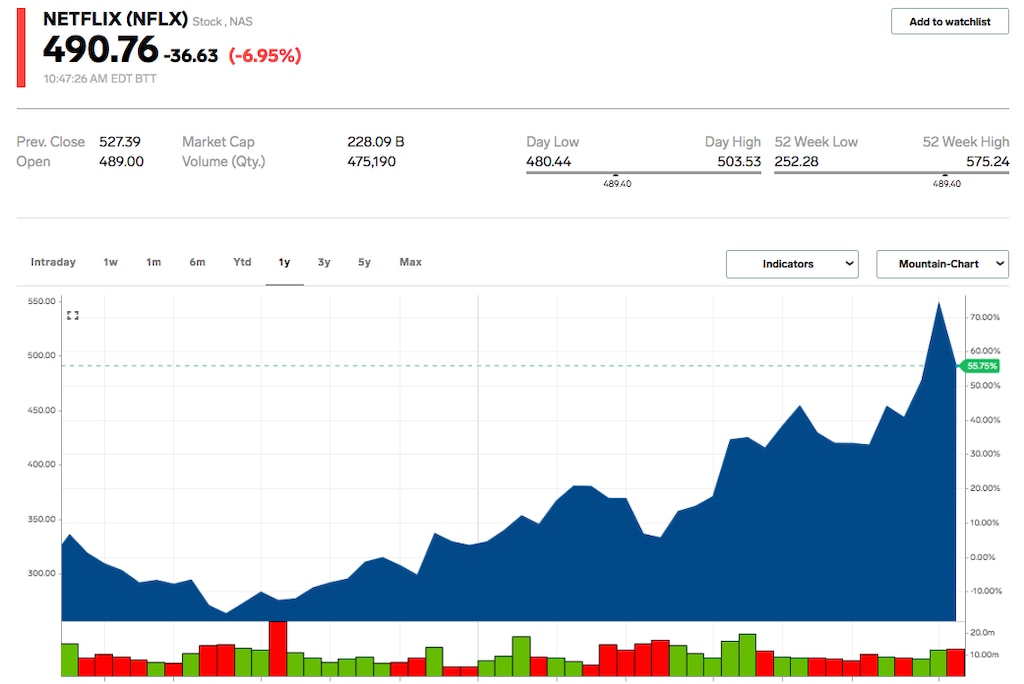