President Trump has not yet commented on death of Rep. John Lewis 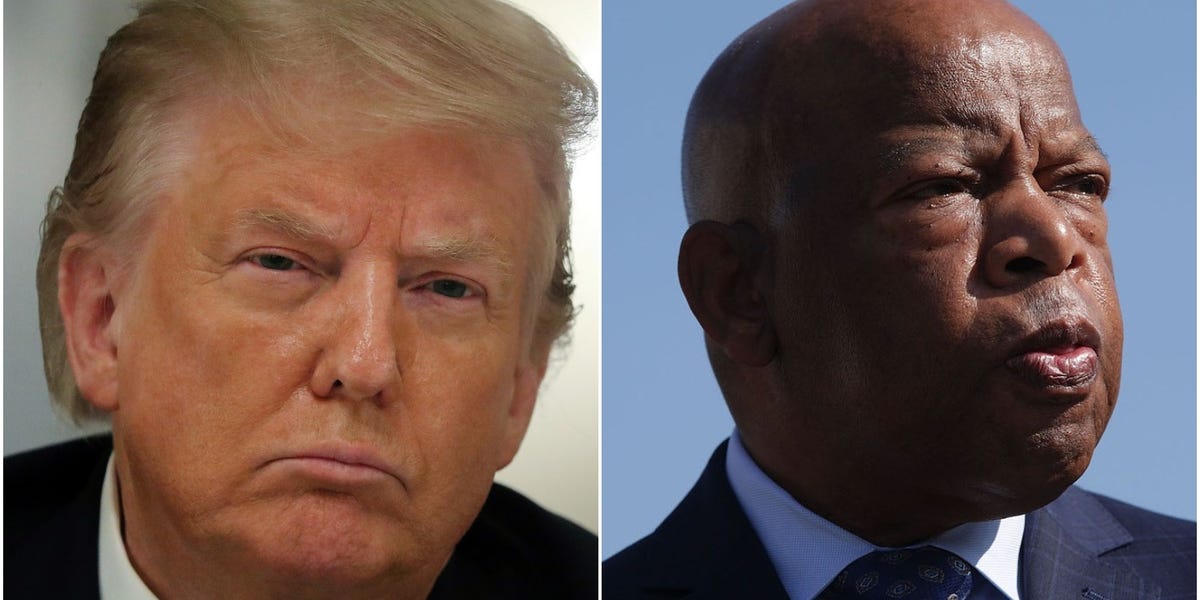 Lewis, who served in the House of Representatives since 1987, died at the age of 80 on Friday night, seven months after he was diagnosed with advanced pancreatic cancer.

News of his death prompted activists, lawmakers, journalists, and other prominent figures to express their condolences and pay tribute to the civil rights champion, who was the last surviving speaker of the March on Washington in 1963 and one of the original Freedom Riders.

“He loved this country so much that he risked his life and his blood so that it might live up to its promise,” Former President Barack Obama wrote in his statement. “And through the decades, he not only gave all of himself to the cause of freedom and justice but inspired generations that followed to try to live up to his example.”

Speaker of the House, Nancy Pelosi, also said in a statement that Lewis’s “goodness, faith, and bravery transformed our nation.”

“John Lewis’s memory moves us all to, in the face of injustice, make ‘good trouble, necessary trouble.’ May it be a comfort to his son John-Miles & his entire family that so many mourn their loss at this sad time,” she wrote.

“John Lewis was an American treasure,” wrote Martin Luther King III, the oldest son of Martin Luther King, Jr. “He gave a voice to the voiceless, and he reminded each of us that the most powerful nonviolent tool is the vote. Our hearts feel empty without our friend, but we find comfort knowing that he is free at last.”

Presumptive Democratic presidential nominee Joe Biden has yet to make a statement himself.

Lewis and President Trump had an acrimonious relationship. The civil rights activist did not attend the president’s inaugurations in 2016, after telling NBC News that he was boycotting the event due to evidence of Russian meddling in the election. Lewis previously only boycotted George W Bush’s inauguration in 2001.

In 2017, Trump attacked the Georgia congressman on Twitter, accusing him of “falsely complaining about the election results.”

“Congressman John Lewis should spend more time on fixing and helping his district, which is in horrible shape and falling apart (not to mention crime infested) rather than falsely complaining about the election results. All talk, talk, talk – no action or results. Sad!” he wrote in a threaded tweet.

Lewis responded by tweeting: “Today, Donald Trump attacked me on Twitter. He said that I’m ‘all talk’ and ‘no action.’ I’ve been beaten bloody, tear-gassed, fighting for what’s right for America. I’ve marched at Selma with Dr King. Sometimes that’s what it takes to move our country in the right direction.”

The congressman learned about his cancer diagnosis in December 2019 during a routine medical visit that month.

“He was a stalwart champion in the on-going struggle to demand respect for the dignity and worth of every human being. He dedicated his entire life to non-violent activism and was an outspoken advocate in the struggle for equal justice in America. He will be deeply missed,” Lewis’ family wrote in a statement, according to CNN.