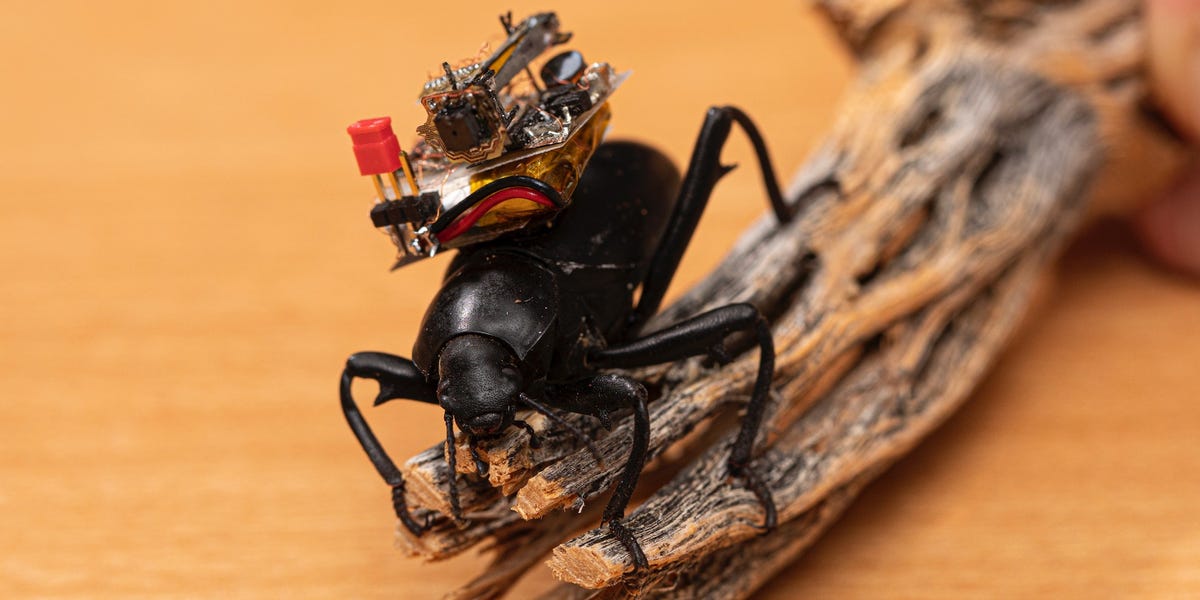 Scientists at the University of Washington have successfully created a wireless camera so miniature it can be carried on a beetle’s back.

The scientists published their research on July 15 in Science Robotics, as first reported by Engadget. Their camera weighs just 248 milligrams and can rotate 60 degrees while streaming black-and-white video back to a smartphone from a beetle’s back using Bluetooth from a distance of up to 120 meters. The team have been working on the research since fall 2018 Vikram Iyer, one of the authors on the paper, told Business Insider.

So why build GoPros for beetles? “Aside from sounding like something from a sci-fi movie, this small wireless vision system is an important step to miniaturizing robots,” said Iyer.

While cameras in smart phones are much smaller than the ones mounted on the beetles’ backs by the researchers, they are not wireless in the same sense as they’re hooked up to bigger bits of hardware.

“While camera chips we have in things like our phones are small, they still have pretty large batteries and processors,” said Iyer.

He said advances in miniaturizing wireless cameras could have huge benefits for robotics.

“Vision has also become very important for all kinds of larger robotic systems, think cameras on drones and autonomous cars. When we start talking about really small robots though, about the size of a penny, wireless vision becomes pretty challenging due to power size and weight requirements. Enabling small robots to ‘see’ though could be useful for all sorts of tasks like exploring pipes and other confined spaces,” said Iyer.

Iyer theorized that cameras mounted on live insects could even have their own applicable benefits in the real world.

“Since insects are much better at storing energy, they can walk around for hours unlike man made robots and opens up the potential for using them to gather data in places like smart farms,” he said.

The researchers chose beetles as their test subjects because they thought the bugs would have the requisite strength to carry the cameras, and because beetles are easy to handle as they don’t bite or sting. Specifically the team used two species of darkling beetle, the stinkbeetle (Eleodes nigrina) and the smooth death-feigning beetle (Asbolus laevis).

In future, the beetlecam could end up on various kinds of creepy-crawly, according to Iyer.

“We could definitely put this on other insects as well though that can carry this weight, and are exploring the idea of putting them on moths or spiders,” he said. He added that other researches have got in touch about potentially putting the cameras on birds as well, as many smaller species of bird can’t carry much weight while flying.