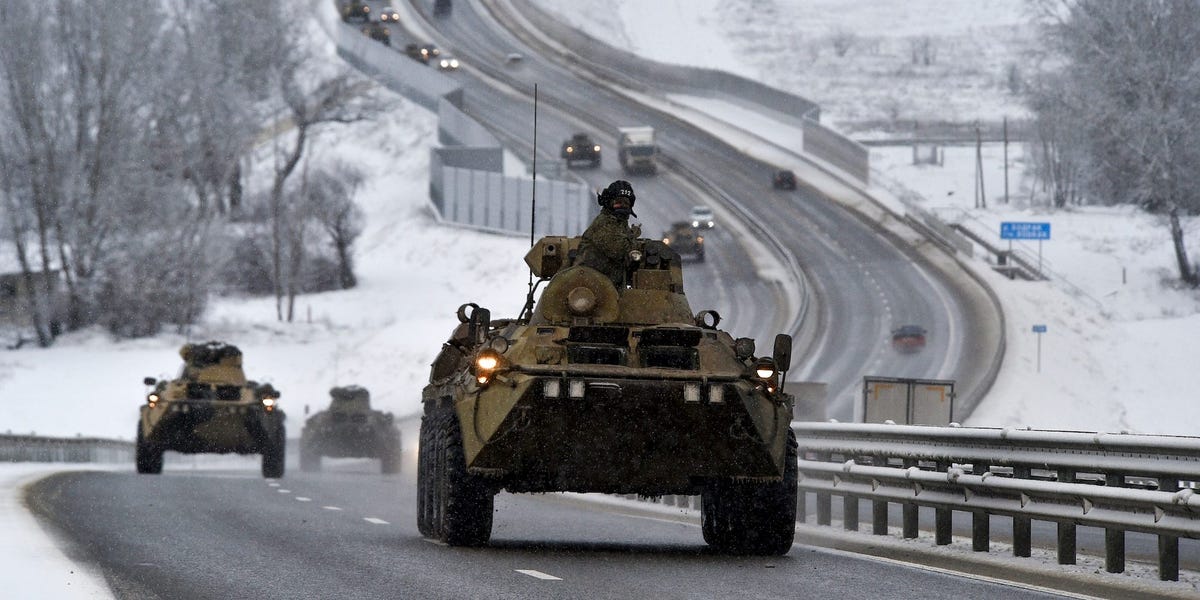 Russia on Saturday gave a stern warning to the United States, alerting the country that any convoys carrying weapons into Ukraine will be considered “legitimate targets.”

“We warned the United States that pumping Ukraine with weapons from a number of countries orchestrated by them is not just a dangerous move, but these are actions that turn the corresponding convoys into legitimate targets,” said Russian Deputy Foreign Minister Sergei Ryabkov while speaking on the state-run Channel One.

After Russia began its unprovoked assault on Ukraine, the US levied a series of harsh economic sanctions designed to cripple Russia’s critical cash reserves and cut the country off from access to financial institutions.

And on Wednesday, the House of Representatives approved a hefty spending package that included about $14 billion in emergency humanitarian and military aid for Ukraine. About half the $14 billion is earmarked for defense and military spending.

Several Western countries, including the United States and United Kingdom, have so far sent Ukraine assistance. Several NATO members like the US and UK have sent over military-grade products such as anti-aircraft missile systems and anti-tank missile systems.

Ryabkov, in his Saturday address, characterized the assistance as “thoughtless transfer.”

The Ukraine-Russia conflict has been going on for more than two weeks. Russian forces have been bombarding Ukrainian cities and there have been several first-person accounts detailing damage to residential buildings. Russian soldiers have also targeted civilians, according to various accounts.

“The resistance of the entire Ukrainian people against these invaders has already gone down in history,” Zelensky said. “But we have no right to reduce the intensity of defense. No matter how difficult it is. We have no right to reduce the energy of resistance. The enemy is bringing new and new columns to the territory of Ukraine. They are looking everywhere for fighters, reservists, conscripts, mercenaries.”