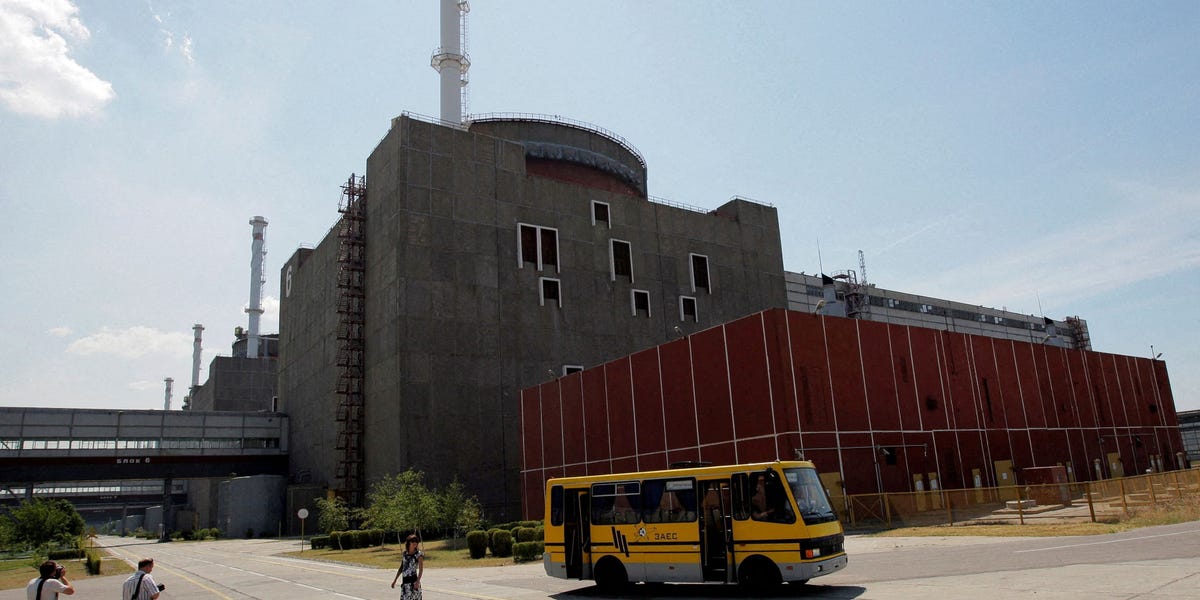 Energy officials from Rosatom, the Russian state atomic energy corporation, arrived in Zaporizhzhya on Friday and said the plant is now part of their company, according to Energoatom, Ukraine’s state nuclear energy company.

The Zaporizhzhya plant was previously seized by the Russian military on March 4 amid intense fighting and a fire that caused international concern of a possible nuclear accident.

According to the statement from Energoatom, the 11 Russian officials who arrived at the plant said they were “sent to assess nuclear and radiation safety after the shelling and seizure of the station, as well as to provide assistance with repairs.”

Representatives from Rosatom did not immediately respond to Insider’s request for comment.

The International Atomic Energy Agency said that two of the four high voltage offsite power lines at the Zaporizhzhia plant have been damaged.

“Another representative of the occupiers, who introduced himself as the head of the ‘military-civil administration’, said that this is the territory of Russia and will be so forever, and Zaporizhzhia NPP already belongs to the management system of Rosatom,” the Energoatom statement reads.

The Ukrainian energy corporation said in an additional statement that the plant’s staff was forced to work alongside the Russians.

“The staff is under strong psychological pressure from the occupiers. Our people resist, refuse to cooperate with the military, express hostility to the occupiers,” the statement read.

The company added that all of the country’s nuclear power plants “continue to operate stably.”

Russian forces seized the Chernobyl Nuclear Power Plant on February 24, the first day of the Russian invasion of Ukraine. Ukrainian technicians have begun to repair the damaged power lines at the plant, Insider reported on Saturday.

The Russian military has also gotten dangerously close to the nuclear plant in Yuzhnoukrainsk, some 350 km (or about 215 miles) south of Kyiv. The US ambassador to the UN said last week that the nuclear plant, which is Ukraine’s second-largest, is in “imminent danger.”