Sephora cuts jobs, including some in JCPenney partnership 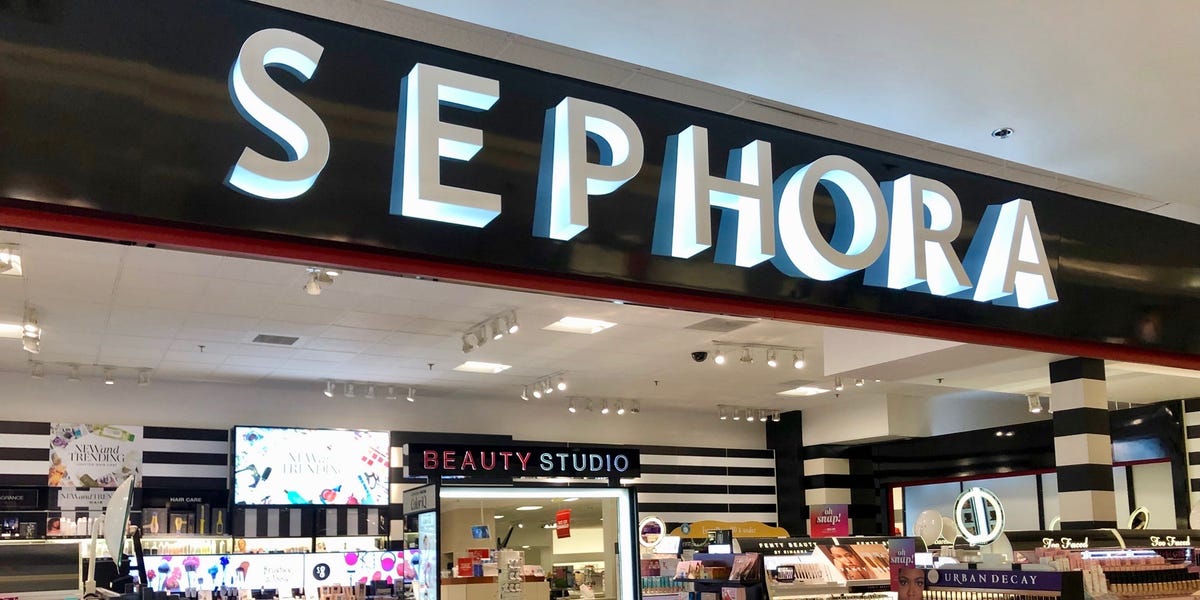 Sephora has laid off 117 people, with “a number” of those affected working in corporate positions related to its partnership with JCPenney, Retail Dive was first to report earlier this week.

JCPenney is in the process of closing 152 stores as it restructures in bankruptcy, and some store closures will include locations where Sephora operated its shop-in-shop. Before the bankruptcy, Sephora operated about 600 shops inside of JCPenney department stores, which it calls SiJCP. Sephora has about 2,600 locations worldwide.

In a statement to Business Insider, a Sephora representative said the layoffs were part of a corporate reshuffling and “reflected the JCPenney store reductions.”

“Regrettably, this reshaping process has created the need to remove 117 full-time roles (7% of our current full-time corporate workforce),” the representative said.

A representative for JCPenney did not immediately return Business Insider’s request for comment on Sephora’s layoffs.

The layoffs weren’t the first indication that JCPenney’s struggles might be having an impact on the 14-year partnership between the two companies.

In early May, before JCPenney filed for Chapter 11 bankruptcy, it said in court filings that Sephora had threatened to end its partnership if JCPenney did not agree to shorten the contract. The department store subsequently filed a temporary restraining order against Sephora so that the beauty retailer could not keep JCPenney from reopening the shop-in-shops after the coronavirus pandemic forced temporary closures.

But by May 7, the two companies had said in a joint press release that they were reaffirming the partnership and that they had made “mutually beneficial revisions” to their agreement.

Ultimately, retail industry observers say the partnership is much more beneficial to JCPenney than it is to Sephora.

“For JCPenney, it is both a driver of revenue and, more importantly, a driver of foot traffic into the store. Having a Sephora in a store also allows JCPenney to capture some of the younger shoppers that would not otherwise venture in,” Neil Saunders, managing director at GlobalData Retail, said in comments emailed to Business Insider.

“From Sephora’s perspective, the partnership with JC Penney is a useful source of revenue but it is not vital. Sephora has enough brand power of its own to pull customers into its shops and on to its website. Shutting down the operation in JCP would not have a tangible long-term impact on the company. Legally, unwinding the relationship is probably difficult which is one of the reasons it is still in place.”

There’s also the concern that operating inside a struggling store could do damage to Sephora’s brand.

In 2019, UBS analysts went as far as saying that having a large presence at JCPenney and in malls — where customer foot traffic has dwindled — was damaging Sephora’s sales and sending shoppers into the arms of Ulta, its biggest competitor.

According to UBS research done at the time, Ulta had a store within a 10-minute drive of 78% of the Sephora locations inside JCPenney stores.

“We believe that Ulta is picking up much of the share that Sephora is leaking through these stores,” the analysts wrote.

In fact, Sephora is growing. As part of a restructuring, the company has created 132 net new full-time roles. The 117 employees impacted by the JCPenney related layoffs “will have the opportunity to interview for the newly created full-time positions,” a  Sephora representative said.

“The question mark over JCP’s future is something that Sephora will have considered and there will be a process to unwind operations should it be necessary. However, I don’t think Sephora will lose too much sleep over the prospect,” Saunders said.