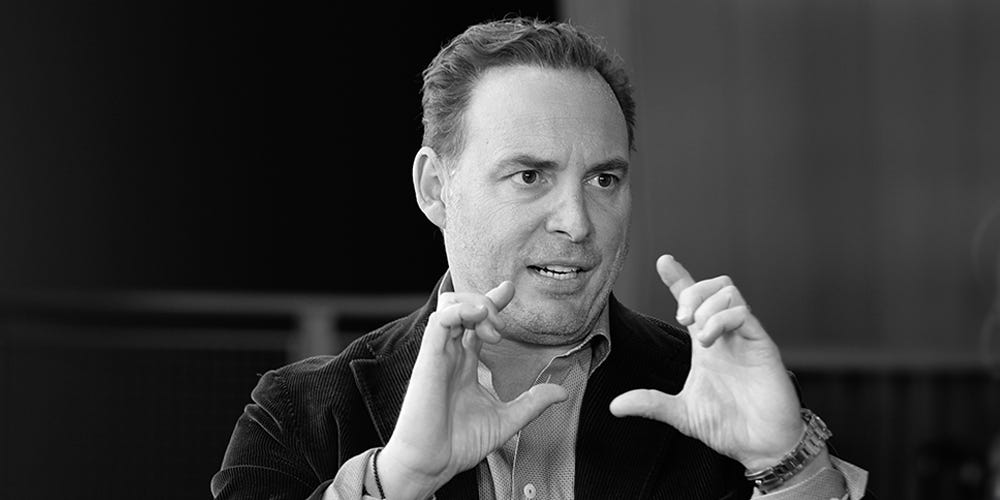 To make these placements a success, Zangrillo says his approach includes being laser-focused on building dynamic relationships with entrepreneurs and investors to build top leadership teams.

“We develop a rapport with our clients who are founders of these tech companies,” Zangrillo told Business Insider. “That’s a key part of how we find them the best people for these positions.”

Zangrillo, who served as the human resources business partner with eBay’s ecommerce technology organization before joining True, has led over 300 searches. Here he shares insider tips on what tech companies are looking for when they’re filling positions, from entry level to executive.

Headhunters will assess your skill set and fit.

“In today’s market, companies are looking for people who are humble and confident and have about 70 percent of the required job skill sets,” he says. “There’s no room for error and, if you don’t have that 70-percent requisite skills, you won’t get the attention of our client.”

These skill sets could include things like domain expertise, leadership ability, vision and strategy, operational excellence, and consumer-driven digital experience.

What Zangrillo sees as the remaining 30 percent is just as important.

“That’s the number we attach to personality and culture fit,” he says. “While CEOs want to see you bringing certain quantifiable skills to the company, you won’t make it to the second level unless there’s a strong chemistry fit.”

Employers assess for traits like humility and confidence within the resume by looking at how clear potential candidates are about their specific achievements and their results. Outside of showing some personality, specificity regarding what you’ve done is important, Zangrillo says.

The entire search process is helpful for creating a sense of a candidate’s character. In most cases, the company is putting together small insights from candidates throughout the process.

“The search committee’s responsibility is to look for pattern recognition within the insights they’re getting,” Zangrillo said. They’re making conscious trade-off decisions and deducing themes.

Each company wants something different — assess if you deliver.

The best candidate for an early-stage startup has different strengths than one for a later-stage, high-growth startup.

“We find that in many cases some candidates can be very strong in series A, B of that growth cycle,” Zangrillo said. “Some of them scale well beyond that, but those are few and in-between.”

High-growth companies want a different profile of candidates. In later stages, jobs may demand skills of greater complexity from candidates, and emphasize qualities like leadership and team-building.

Entrepreneurial candidates need to be more hands-on, and work in situations with much more ambiguity. Some people enjoy building. Others like more structure and more process. Potential candidates should know what they can get passionate about.

Conveying passion is more important than ever.

These days, since it’s more common than ever for people to bond around missions, causes, and passions, you should convey that passion during the entire hiring process, Zangrillo says.

“In any position I fill, I need to see an aligned passion for the business, the business model, the brand, or the category,” he says. “This makes a big difference to the company’s hiring managers. This gets them excited about you as a candidate and turns this into a successful hire.”

During the interview process, it’s important and meaningful to the business that you’re incredibly well-prepared. This is a combination of research about the brand, the competitive landscape, the culture, and about what inflection point, if any, the business is at.

Instead of focusing on one data point, like a quote from a Glassdoor article that adds structure to a hard-hitting question on company culture, Zangrillo advises that candidates take in multiple data points for a holistic picture.

“Take all the data points and summarize where the business is and how this interview aligns with the company’s future goals,” Zangrillo said. “How will the company be thinking about this role?”

Showing that you’ve thought about the company’s interests demonstrates to the interviewer that you’re intelligent, authentic, and interested in if you’re a fit for this business.

“By being really well-prepared and deducing lots of insights, the person is going to connect with the interviewer in a much more significant way,” Zangrillo said. “It’s one thing to have the skills for the job. It’s another thing to have the right skills at the right time for the business. The nuances of those characteristics is what makes exceptional matches for businesses.”

Make sure your resume speaks on your behalf.

Zangrillo encourages job seekers angling for competitive jobs in the tech sector to treat their resumes as living, breathing documents conveying more than just the facts.

“Hiring managers are looking for people who stand out and one way to show this is in your resume,” he says. “It’s more than just that you went to the best school. You should show that you’re a juggler, a leader, and have a knack for humanity.”

Just like a product in any other market, you want your resume to be clearly differentiated.

“When you share specific ways you took leadership roles or did something outside the box, you’ll connect to a potential hiring manager in a unique way, beyond which companies you worked for and when,” Zangrillo says.

Resumes are also a great conversation-starter, especially if a hiring manager has a similar trajectory, he adds. Organizational psychology research finds that hiring managers want to hire people that remind them of themselves.

No matter how much job experience you’ve had, you’re going to be more of a standout candidate for a tech job if you’ve done everything you can to gain every experience you can that’s related to the position.

“Executives at Google and Facebook want to hire people with specific pedigrees that are based around your accomplishments,” Zangrillo says. “If you’re eager to show your entrepreneurial bent, during interviews with me, share what you did during your internships. If you created a product, explain it clearly and tell me what makes you passionate about it.”

Engage with the company.

It’s easier than ever to access information about any tech company you’re applying to, but you want to be strategic.

“While a Facebook hiring manager isn’t going to decide whether or not to hire you depending on how many (social media) followers you have, he or she will want to know that you’re passionate about the product and category and that you’ve studied the technology the company has built its products on,” he says.

Candidates are in charge of their brand, Zangrillo continued. This reflects in their LinkedIn, their resume, their email to the hiring manager, and the insights they share with the manager. IN every regard, potential candidates must demonstrate the person they are authentically.

Companies are focused on getting someone who covers a majority of the skills they’re looking for. Some commonly cited soft skills, according to Zangrillo, are intellectual curiosity, EQ, agility, leadership, and collaboration.

If you want a job at a top tech company, the worst thing you can do is be arrogant, aggressive, and unprepared, Zangrillo says.

“A combination of these three things can flat-line candidates,” he says. “It’s the fastest way I’ve seen a candidate eliminated.”

Instead, consider that there’s an art to presenting yourself in the best way to these companies.

“When you have hot jobs and great people going for them, you have to be sure you don’t alienate anyone,” he says.

In the end, the best candidates are “extraordinarily truthful,” Zangrillo says. “When a job placement comes down to two candidates where one is truthful and the other one is exaggerating, the gut feeling of the hiring manager is that, in the end, the people who are more authentic win.”