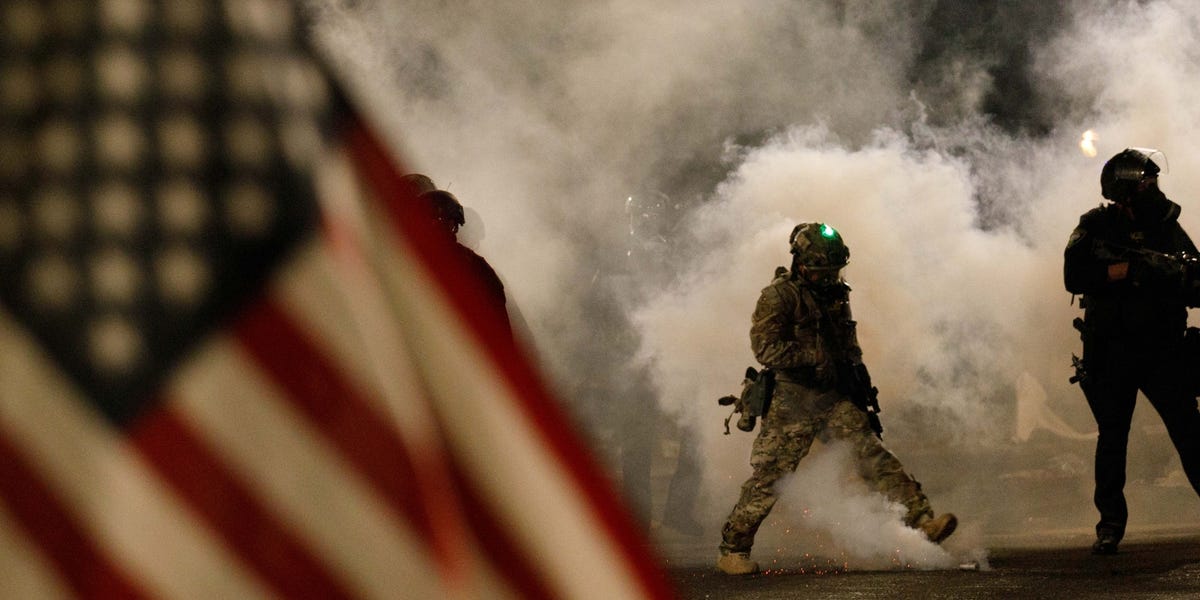 A video from protests in Portland on Thursday night shows what one reporter called a “literal tear gas tornado.”

Some Twitter accounts posted videos from Portland that showed people using leafblowers at the protests to push away tear gas, but Robert Evans, an investigative journalist from Bellingcat, who recorded the video tweeted that he didn’t see anyone with leafblowers near the scene of the “tornado.”

“Just for clarity: I saw no evidence that this had anything to do with leafblowers. Those folks were all pretty far away,” he tweeted Friday night.

Business Insider reported earlier this month that federal agents in the city have deployed tear gas and other riot-control munition during protests in Portland.

Protests began across the nation after the death of George Floyd, a black man who died when a white police officer kneeled on his neck for several minutes in Minneapolis — and in Portland they have gone on for more than 50 days.

The agents were sent into the city after a recommendation from President Donald Trump who has called for federal law enforcement officers to be sent to other major cities like Chicago, Detroit, and New York.

Agents from Customs and Border Protection, Immigration and Customs Enforcement, the Transportation Security Administration, the Department of Homeland Security’s Federal Protective Service, and the Coast Guard are in the city, The New York Times reported.