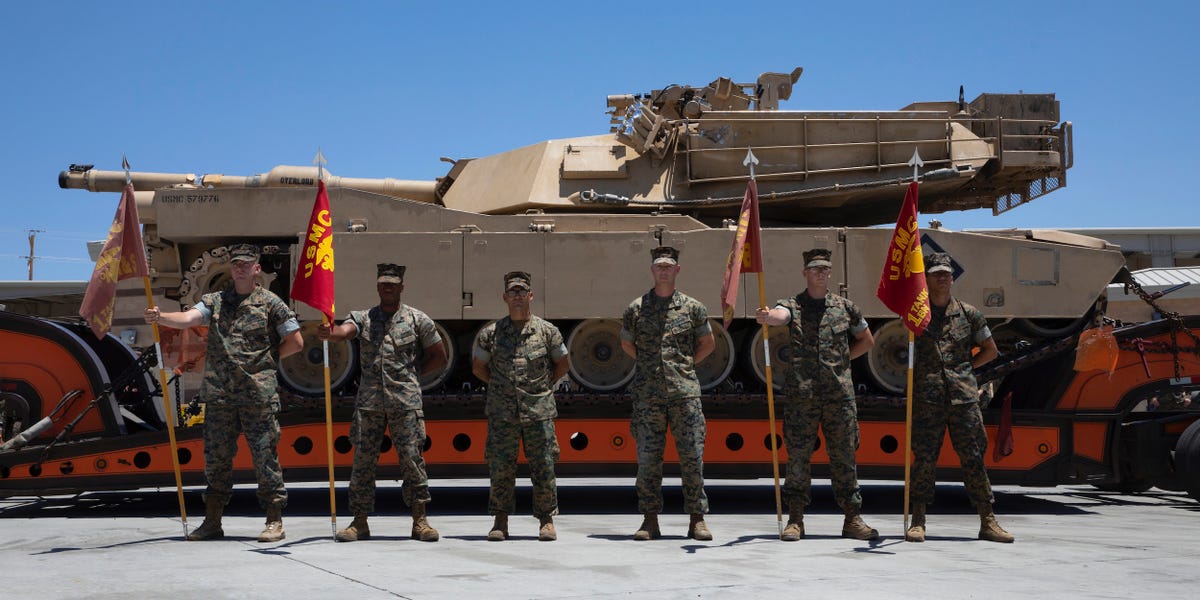 The end of the Marine Corps’ tank missions has officially begun.

Marines with 1st Tank Battalion recently watched the last of their unit’s tanks depart Twentynine Palms, California. Photos taken of the event show Marines surrounding an oversized flatbed as the tanks were loaded up onto the vehicle and driven away.

The changes are part of an aggressive plan the Marine Corps’ top general set in place earlier this year called Force Design 2030. The plan, leaders say, will set Marines up for future fights, defending ships while at sea and operating in hotly contested spots near the shore.

To be ready for those missions, Commandant Gen. David Berger said the Marine Corps must get smaller to get better. That includes cutting all tank battalions and getting rid of the vehicles.

“Remember that our tanks were just weapon systems,” Capt. Mark Rothrock, commander of Alpha Company, 4th Tank Battalion said when the unit deactivated on Friday. “[Tanks are] a damn fine weapon system, but nonetheless, just equipment. You individual Marines were always the key to the company’s success.”

Retired Master Sgt. Jay Corroccia had a similar message for members of 1st Tanks as that unit’s vehicles rolled away earlier this month.

“Take the standards and the pride you had here and apply it to whatever you do,” he said. “Whether you stay in the Marine Corps or you get out, nobody can ever take Tank Battalion away from you.”

More than 1,300 Marines will have their careers affected by Force Design 2030. Service officials announced in May that four military occupational specialties would be cut because of the changes, and several more would see their billets reduced.

The Marine Corps Reserve, Hollenbeck said, has created a team to help provide any Marines affected by unit deactivations or other changes information on career options. Those options include lateral moves into other fields or transfers to other military branches.

All of 4th Tanks’ six companies, along with its battalion headquarters, are expected to deactivate by the end of 2021, Hollenbeck said.

Tank battalions aren’t the only units deactivating because of Force Design 2030. Several combat logistics regiments, an engineer support battalion, and a Marine wing support group have also cased their colors in deactivation ceremonies this summer.

Lt. Gen. Eric Smith, the head of Marine Corps Combat Development Command, is overseeing many of the Force Design 2030 changes. Tanks leaving the Marine Corps, Smith told Military.com in May, could be sold to foreign militaries or to the Army. The Marine Corps could also sell their parts or store the vehicles, he said.

Smith added that the Marine Corps’ decision to move forward without tanks doesn’t diminish their importance in past missions.

“They were of massive value, I mean huge value, in the past,” he said. “I used them in and around Ramadi and in and around Fallujah [in Iraq]. They’ve paid their dues in blood. These are Marine warriors from the Korean War until now.

“It’s just that for the future fight, [tanks] are of less value than the things that we need most, such as long-range precision fire,” Smith said.