Trump is trying to undermine legitimacy of the 2020 election 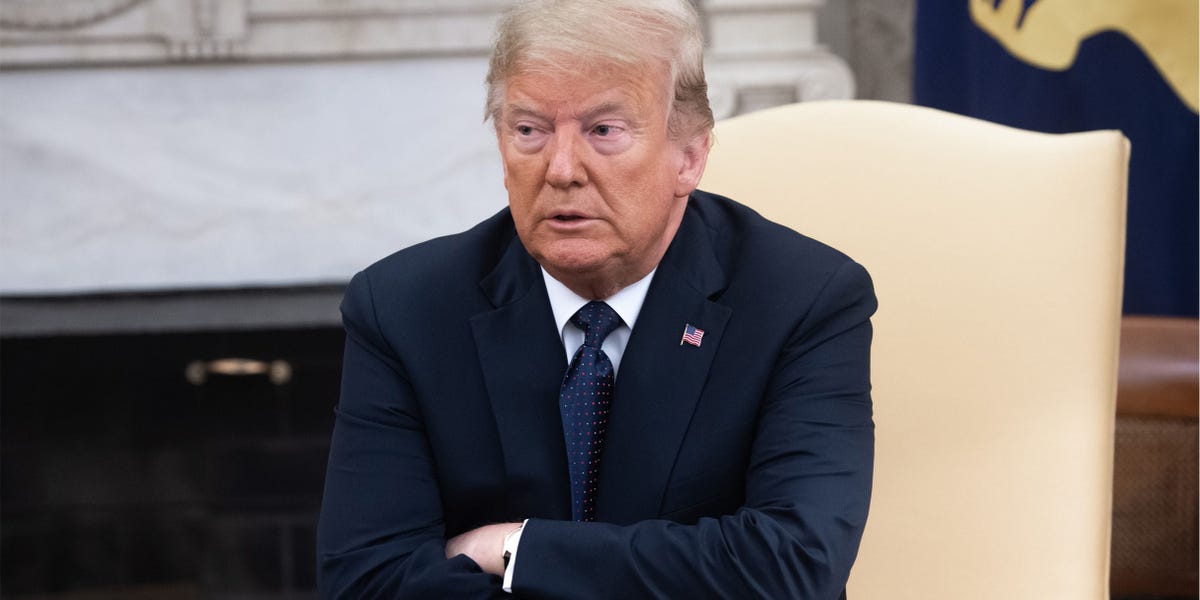 With over 151,000 people in the US dead from COVID-19, the US GDP down 9.5%, and a plummeting approval rating, President Donald Trump on Thursday continued to push wildly misleading claims about mail-in voting as part of a larger, clear effort to undermine the legitimacy of the 2020 election.

With his reelection prospects looking increasingly bleak and less than 100 days until Election Day, Trump is trying to convince Americans that Democrats are essentially attempting to rig the election with a push for mail-in voting. That way, if he loses on November 3, Trump can say the results are fake (much like his erroneous assertion that any negative polls are “fake news”).

This type of behavior is not typically exhibited by leaders in democratic countries. Dictators like Russian President Vladimir Putin and Chinese President Xi Jinping, who have both essentially become president-for-life in their respective countries, fight to undermine free and fair elections.

In short, Trump is mirroring the tactics of authoritarians who will do anything to stay in power with his baseless propaganda on mail-in voting.

“The strongman fears language as a symbol of identity and creator of community bonds,” Ruth Ben-Ghiat, a New York University historian and expert on authoritarianism, wrote in a 2017 op-ed about Trump’s words. “That’s why he attempts to use it instead to sow unease and discord among his people, and to erase from the public record what and whom he rejects from the nation.”

But it’s also nothing new from this president. Trump employed the same approach in 2016 when he was behind former Secretary of State Hillary Clinton in the polls and widely expected to lose. As the GOP presidential nominee, Trump repeatedly said the election was rigged against him. Instead of going after mail-in voting, Trump in 2016 suggested polling places weren’t safe.

After he won a shocking victory via the Electoral College, Trump made completely unfounded allegations that Clinton only won the popular vote because millions of undocumented immigrants voted. Even after winning, Trump continued to undermine the democratic process in the US.

The difference between 2016 and 2020 is that Trump now sits in the White House. As Commander-in-Chief, Trump’s words and actions carry significant weight and have implications that extend far beyond his tumultuous tenure. Every president prior to Trump respected the peaceful transfer of power, but he’s threatening to derail that trend and cause a constitutional crisis.

Despite what Trump has said, voter fraud is rare and not a significant problem in the US in general. And there is virtually no evidence to back up Trump’s repetitive assertion that mail-in voting will lead to widespread fraud.

A number of states have already had universal mail-in voting for years and it has not caused major problems — including in Utah, an overwhelmingly Republican state that Trump won by a landslide in 2016 (the vast majority of Utah’s counties voted predominately by mail that year).

But this has not stopped Trump from spreading baseless claims about mail-in voting and the electoral process more generally.

On Thursday, Trump suggested on Twitter that the election should be delayed; he refused to walk that back and instead went on a meandering rant about mail-in voting during a coronavirus press briefing. He has no legal authority to postpone the election, but that’s not the point. Much like his rhetoric on voter fraud, Trump’s Thursday tweet on delaying Election Day was part of an insidious propaganda campaign designed to convince Americans that the process will be unfair to the president no matter what.

As Ben-Ghiat tweeted after Trump’s assertion, “his tweet about delaying the election is a fine example of his propaganda tactics: float the idea (trial balloon) and have it amplified by allies until it becomes something possible.”

Whether Trump’s strategy is working is yet unclear, but that doesn’t make it any less dangerous to the health of democracy in the US.

Meanwhile, the coronavirus pandemic continues to wreak havoc across the US as Trump denounces a form of voting that could help mitigate the spread of the virus, and it’s impossible to divorce the two issues.

The reality is that the push for increased access to mail-in voting, while important for enfranchisement, is currently linked to concerns over the spread of COVID-19.

The US coronavirus outbreak spiraled out of control months ago, and there have been more than 4.4 million recorded cases across the country — more than anywhere else in the world. Public health experts have slammed Trump’s handling of the pandemic. The president downplayed the threat for weeks and has consistently treated the virus as someone else’s problem.

If he’d taken the pandemic seriously from the start, perhaps Trump wouldn’t be trailing former Vice President Joe Biden in the polls and there would be less cause for him to try and undermine the legitimacy of the election.

Trump’s self-destructive style of leadership led him to this point. As he continues to falter, Trump appears determined to drag America’s democracy down with him.