What happens to John Lewis’ House seat after his death 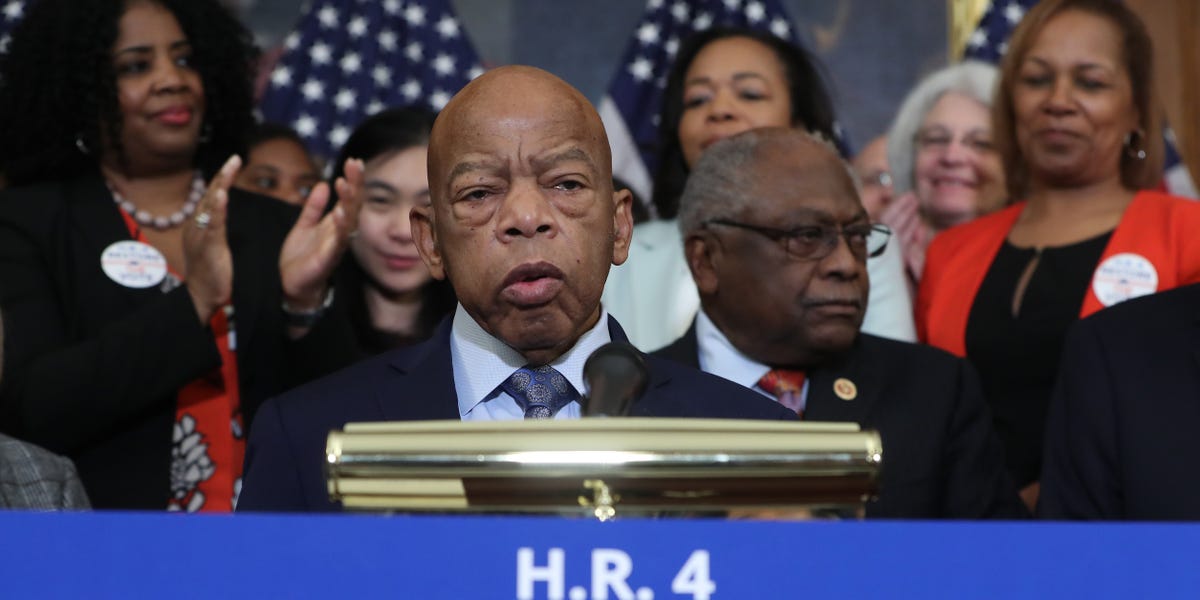 Georgia Rep. John Lewis died at the age of 80 on Friday after a months-long battle with Stage IV pancreatic cancer. After 17 terms as a member of the US House, Lewis leaves his seat in Georgia’s fifth Congressional district vacant just months before the longtime lawmaker was up for re-election.

Under Georgia law, state Gov. Brian Kemp has 10 days to announce a special election to fill Lewis seat for the rest of the remaining Congressional term, which ends in January, the Atlanta Journal-Constitution reported. Kemp can choose the date of the special election and may decide to hold it alongside the Noveember general election, the newspaper reported, meaning Lewis’ seat could sit vacant for months.

Kemp’s office did not immediately return Business Insider’s request for comment on Saturday for when he might announce a special election.

The Georgia Democratic Party will have until Monday at 4:30 p.m. to decide to replace Lewis on the ballot

While voters will have to choose an interim replacement for the civil rights leader during a special election, they will in November be tasked with deciding who should fill Lewis’ seat for the next two years, as the late lawmaker was up for re-election in the fall general election.

“We are deeply saddened by the loss of Congressman John Lewis, and wish very much that we were not in this position today,” Sachin Varghese, general counsel for the Georgia Democratic Party, said in a statement. “The Democratic Party of Georgia takes our legal responsibility of naming a nominee to this seat seriously, and we are making every effort to honor Congressman Lewis’ legacy and the people of the Fifth District throughout this process, while working within the applicable legal framework.”

Under Georgia state law, the state Democratic Party must decide whether it will replace Lewis’s name on the ballot by 4:30 p.m. on Monday. In a statement, state Democrats announced anyone interested in filling Lewis seat should complete and submit an application available on the party’s website by 6:30 p.m. on Sunday.

Then, at 12 p.m. on Monday, the executive committee will choose a nominee and submit that name to the Secretary of State Brad Raffensperger by 4 p.m. on Monday.

In June, Lewis won 87% of the vote against primary challenger Barrington Martin II, a 32-year-old educator from Atlanta who received 13% of the vote, according to results from the Georgia Secretary of State.

Whomever the party selects as its candidate to replace Lewis on the ballot will face Angela Stanton-King, the GOP challenger who announced her candidacy in March, according to local news outlet 11alive. Stanton-King, the goddaughter of Alveda King, a right-wing religious figure who is a niece of Dr. Martin Luther King, Jr., according to the report.

In February, Stanton-King received a pardon from President Donald Trump for her 2004 conviction on federal conspiracy charges for her participation in a car theft ring, according to the report. Since then, Stanton-King has authored three books and appeared on the BET reality TV series “From the Bottom Up.”

As the Atlanta Journal-Constitution noted, Stanton-King’s bid for Lewis’ seat is a longshot in Lewis’ heavily Democratic district that encompasses downtown Atlanta.

Trump has not yet commented on the passing of Rep. John Lewis despite retweeting Twitter posts after the announcement of his death

President Obama mourns the death of longtime civil rights leader John Lewis: ‘We now all have our marching orders’