When It Comes To Starting A New Business Who Wins: The UAE Or Saudi Arabia? 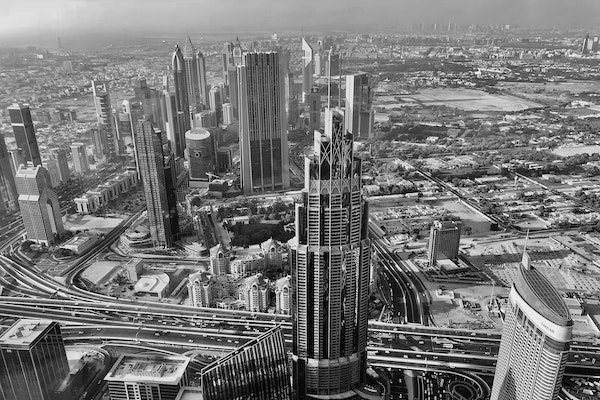 The United Arab Emirates (UAE) and Saudi Arabia (KSA) are two of the world’s wealthiest countries. Both have substantial expat communities, but which country has the most benefits for welcoming entrepreneurs?

While the KSA is known for being conservative, several of the restrictions governing foreign corporate ownership have been loosened in recent years. But, despite these and other reforms, does it provide international business owners with the same level of freedom as its more cosmopolitan neighbor?

Let’s look at a few crucial factors to determine which country is top.

1. Stability of the economy.

When it comes to ease of doing business, the UAE continues to be a leader. In addition, the country’s stable and diverse economy (tourism, trade, and transportation, in addition to oil) provides several chances for both large and small firms. The upcoming Expo 2020, which will take place later this year in Dubai, is fueling this trend.

While the Kingdom of Saudi Arabia is a wealthy country, it is heavily reliant on oil as a source of money. As a result, price variations can significantly impact the overall economy, as illustrated by the fact that the economy shrank by 0.9 percent in 2017.

According to the IMF, the UAE economy is predicted to rise by 3%. This indicates that new enterprises and entrepreneurs have numerous prospects to succeed. Moreover, it demonstrates that other businesses are confident enough in the overall business environment to invest time and money in establishing a presence on the ground.

While initiatives to diversify the Saudi economy are in the works, the UAE is already there, making it a safer bet for the time being.

2. Bureaucracy in the business world.

Foreign nationals have been allowed to acquire 100% of UAE enterprises in various areas since May 2019. Tourism, media, education, manufacturing, and energy are among them (among many others).

While many enterprises choose to be situated in one of the UAE’s free zones, they can now also operate ‘onshore,’ which is great news for anyone looking to tap into the booming local market.

One hundred percent foreign corporate ownership is likewise permitted across the border in the Kingdom of Saudi Arabia. The Saudi Arabian General Investment Authority (SAGIA) began issuing licenses to wholesale and retail firms in 2016, subject to specific conditions, including a minimum share capital of SAR 20 million (just over USD 5 million) for a five-year license.

Certain types of foreign citizens establishing up shop in the UAE now have access to 10-year resident visas. Furthermore, five-year visas require business owners to deposit substantially less share capital (AED 500,000) than in the Kingdom of Saudi Arabia. As a result, the UAE aggressively encourages talented entrepreneurs to set up shop in the country.

The business environment in the UAE is far more developed, thanks to the expanding number of startup centers, investment funding, and other support – not to mention the UAE’s network of free zones (which the KSA currently lacks).

While it is evident that the Kingdom of Saudi Arabia is attempting to create a more inviting business environment for international companies, it still has a long way to go. It’s true that the ability to start up a firm quickly – in as little as 10 minutes for companies that match specific criteria – might be considered a crucial selling factor for corporations looking to do business in Saudi Arabia. However, due to the massive amount of capital required, such offers are only available to large worldwide corporations.

While both countries have a comparable number of ex-pats (about eight to ten million), the UAE has a far higher proportion – around 85 percent of the population.

As a result, the UAE has a great reputation for luring talented people worldwide, both for business and pleasure. Moreover, Dubai’s forward-thinking business approach and global reputation as a luxury tourist destination have solidified the city-position state’s on the global arena, which has benefited the entire country.

Expats still make up a large fraction of the population in Saudi Arabia, which has long been considered a land of opportunity in its own right for those working in the oil business.

Tourism has surely contributed significantly to the UAE’s ability to ‘internationalize.’ While it may not be as popular in the KSA, the kingdom recently announced a new tourist visa-on-arrival program for many passport holders, making it easier for visitors to visit and explore.

Given that ex-pats account for the large majority of the UAE’s population, the country has a far more cosmopolitan and multicultural view than the Kingdom of Saudi Arabia.

The UAE’s ranking as the world’s number 25 for quality of life, combined with the availability of family visas, foreign schools, and leisure activities, makes it a perfect area for international entrepreneurs to migrate for the long term. Moreover, when you consider the UAE’s great transportation links to Europe, Asia, Africa, and the Americas, it’s clear that it’s the best option.

As a result of hard effort, diversification, and modernization, the UAE continues to shine on the global stage. Such foresight and creativity offer a strong case for any business trying to establish a presence in the region.