Why divorces could spike after COVID-19, according to a divorce lawyer 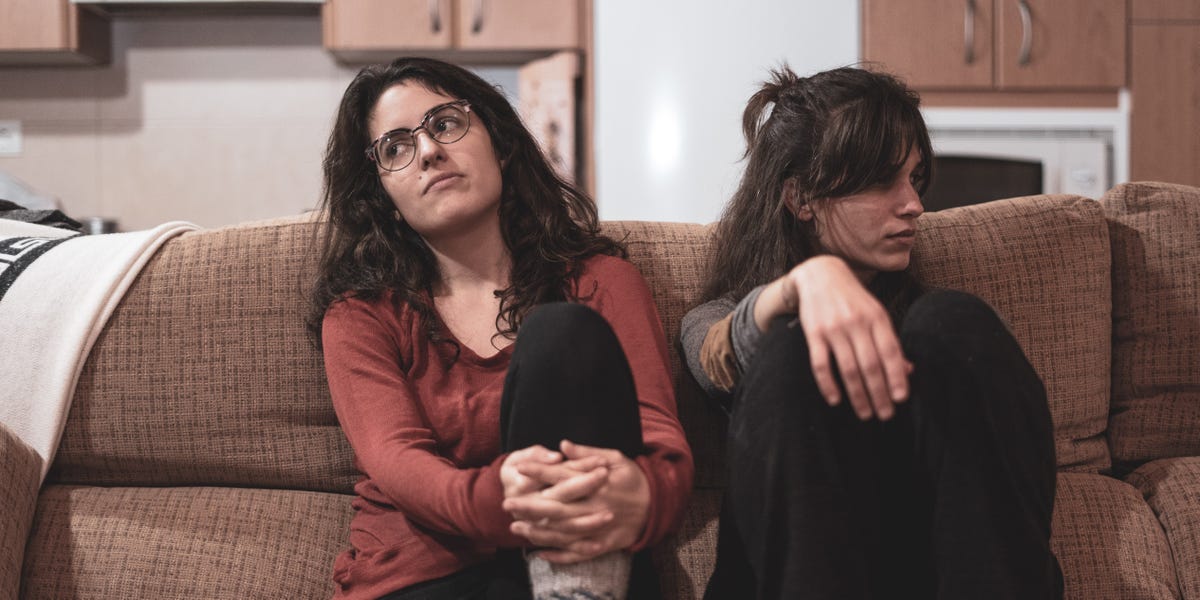 It seems everywhere you turn these days, the conversation leads to the COVID-19 pandemic. As the coronavirus continues to interrupt lives, facing unique challenges has become the new normal. Some obvious effects of the outbreak are the impacts on the economy, our education systems, and the environment — but it seems the pandemic and its stay-at-home orders throughout the US have also managed to wreak havoc on the nation’s marriages.

There has been talk amongst relationship experts and family attorneys that divorce rates will spike post-pandemic when courts are open and operating again. Some couples now stuck at home are being forced to interact and engage with each other in different ways. They may have to address issues or confront subjects they were able to avoid by engaging in their regular routines, working, and socializing. The overall stresses of the pandemic — financial, emotional, and physical — are forcing some people to take a hard look at their partners. Tensions are high, and there’s nowhere to go.

The truth is, it’s already established that spending more time together, in close quarters, can increase the chance of divorce. In China, Bloomberg reported a divorce spike in March after couples emerged from weeks of strict lockdowns aimed to stop the spread of COVID-19. The city of Xian, in central China, and Dazhou, in Sichuan province, both experienced, “record-high numbers of divorce filings in early March, leading to long backlogs at government offices.” In Miluo City in the Hunan province, some staff members didn’t “even have time to drink water” because so many couples were waiting in line to file for divorce, according to a state media report in March.

Additionally, a study from the University of Washington demonstrated that divorces usually increase after the summer months or after holidays when couples are together for longer periods of time. That’s why January is called divorce month. Similarly, couples who do not live together may be forced to take long periods of time apart or re-evaluate wedding plans, which can create  a new set of stressors and lead to breakups.

It wouldn’t be fair to completely blame coronavirus for an increase in divorce rates and relationship issues, though. In a Spectrum News article, a New York-based neuropsychologist said many of her clients already knew they had issues in their marriage before COVID-19, and their problems only worsened during lockdown. People who are divorcing or ending their relationship often cite lack of commitment, incompatibility, infidelity, and constant conflict as reasons for separating.

One study from the Institute for Family Studies, affectionately nicknamed the “Goldilocks theory of marriage,” looked at how age impacts divorce. It revealed that tying the knot too early or too late can put your marriage at risk, but getting married sometime in your late 20s or early 30s will increase your odds of a successful marriage. The study was broken into five different age groups. Those married under the age of twenty had a higher risk for divorce, at around 38%. The 20-24 age range showed a 27% divorce rate, while ages 25-29 and 30-34 had a divorce rate of 14% and 10% respectively. Those who were married over the age of 35 had a 17% divorce rate.

More recent studies show similar data. According to the Census Bureau, the average age for marriage in 2019 was 28 for women and 30 for men. In comparison, the Atlantic reported the average age of marriage in 1990 was 23 for women and 26 for men. It’s possible that the trend towards getting married at a later age directly correlates with current trends in divorce rate, which are actually on the decline among younger generations. The reason for this decline could also be that, overall, the number of people getting married has decreased.

It seems today’s couples are taking a different approach (once considered nontraditional) and spend time living with their partners despite not being married. Cohabiting before marriage could be a factor as to why couples may be waiting longer to tie the knot. On the other hand, we could say that divorce rates among couples over the age of 50 is seeing an increase because they got married at younger ages.

But we’re still left wondering: Will the COVID-19 pandemic cause divorce rates to skyrocket? It may be too early to tell. There are a variety of factors that determine a couple’s likelihood of staying together, the pandemic among them. It’s possible that the age at which you get married is the factor that acts as an umbrella over the rest. If you get married in your late teens to mid-20s, you may struggle more financially and emotionally because you’re still finding your place in life. Couples who marry at this age can experience conflict or infidelity issues down the line. It’s possible that the panic of the coronavirus has caused some of these issues to arise sooner than they would have otherwise.

While conflict and compatibility issues may arise in any marriage, couples who get married in their late 20s and early 30s may have a more long-lasting marriage because, at that age, they’re more likely to know how to confront issues head-on and be able to resolve them.

It seems as though COVID-19 could be the reason some couples are surrendering to divorce or separation, but it’s clear it’s not the only factor affecting their relationships.

Valerie H. Tocci is a Partner at Stutman, Stutman, & Lichtenstein, LLP. She represents individuals and families in all aspects of matrimonial and family law, including divorce, custody, spousal and child support, equitable distribution of property, pre-nuptial, post-nuptial and divorce agreements, post-judgment matters, hearings and trials. Tocci is a litigator with extensive courtroom experience.