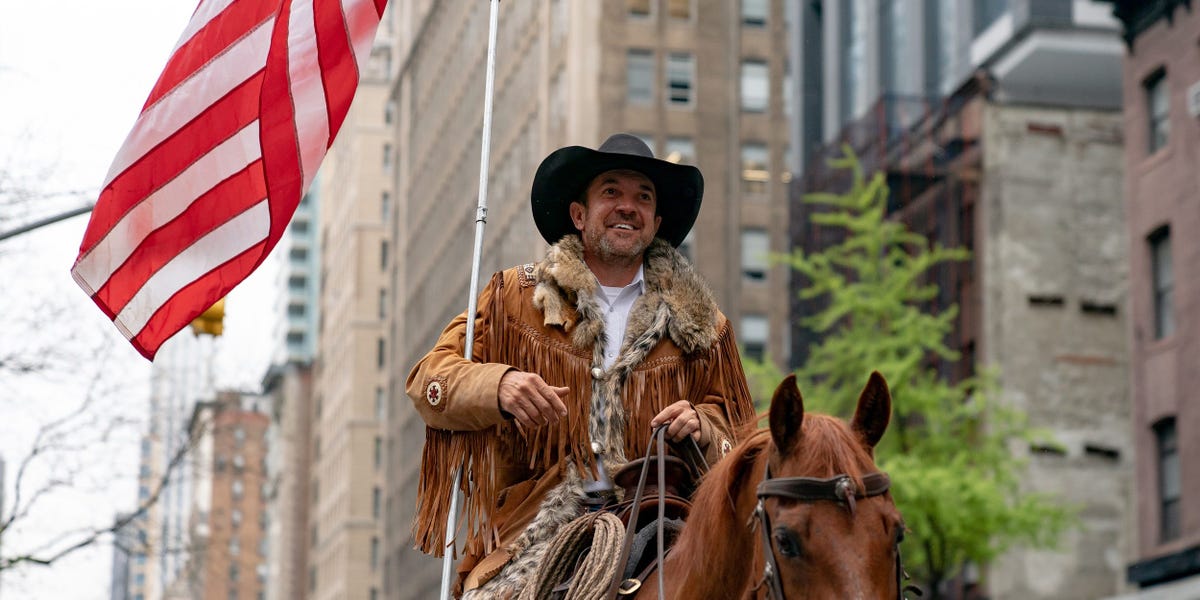 From the witness stand in a Washington, DC, courtroom, Secret Service inspector Lanelle Hawa said Pence spent “several hours, approximately four or five hours” at the Capitol loading dock after being rushed out of the Senate chamber on January 6.

Her testimony came in the case of “Cowboys for Trump” founder Couy Griffin, a New Mexico county commissioner facing two misdemeanor charges connected to his alleged participation in the January 6 insurrection. Griffin’s defense strategy has tested an argument at the foundation of hundreds of January 6 cases: That the Capitol grounds were restricted, in part, because of Pence’s presence for the certification of the Electoral College vote.

At the request of Griffin’s defense lawyer, Judge Trevor McFadden greenlighted questioning about Pence’s precise location over the objection of the Justice Department, which raised national security concerns. Prosecutors argued, in part, that the revelation would jeopardize the “continuing security of the vice president of the United States.”

Hawa recounted taking Pence down a staircase to a “secure location.”

“Where was that?” Paschall asked.

When asked for a more specific answer, Hawa identified the location as the loading dock.

“It’s located underneath the Capitol building, sort of under the plaza on the Senate side,” Hawa said, adding that he stayed there for several hours.

In a book released last year, ABC White House correspondent Jonathan Karl reported the existence of photographs showing Pence in an underground area on January 6. But the Justice Department and Secret Service had not previously confirmed that Pence hid at the loading dock and stayed there for several hours.

Hawa confirmed that the loading dock falls within the restricted area the Secret Service established on January 6. The answer appeared to undercut Griffin’s defense — and gave rise to a testy cross-examination.

Griffin’s defense lawyer, Nicholas Smith, asked Hawa whether she had ever encountered someone who entered a restricted area without knowing it. When Paschall objected, Smith protested that the prosecutor’s approach was growing “vexatious.”

Smith later posed hypothetical scenarios to Hawa about whether the Secret Service’s security perimeter would move if a vice president or other protectee was traveling.

When Paschall objected, Smith exclaimed, “Judge, she’s just objecting to every question without a basis.”

Paschall said she didn’t appreciate Smith’s tone and asked to turn the “temperature down.”

Griffin elected not to have a jury decide his fate and instead have a judge review the evidence and reach a verdict, in a so-called bench trial. The proceeding was expected to last only one day, but McFadden, a Trump appointee, set closing arguments for Tuesday.

With his signature cowboy hat beside him, Griffin appeared encouraged by portions of Monday’s proceeding. He nodded affirmatively as his lawyer, Smith, questioned Capitol Police Inspector John Erickson. Smith focused his questioning to show that, while there was fencing around the Capitol with signs indicating that the grounds were closed, Griffin scaled stone walls that appeared not to have those markings.

“They should know not to climb over the wall,” Erickson testified at one point. Erickson also noted that temporary plastic “snow fencing” had been erected alongside the wall but was torn down on January 6.

McFadden, who briefly served at the Justice Department before the Senate confirmed him in 2017, seemed interested in the line of questioning. The judge stopped at one point to inquire about a photograph of one of the walls.

“No signs or anything on this wall, though?” he asked.

Prosecutors have not accused Griffin of destroying property, attacking police, or entering the Capitol building. His case has lacked the drama of the first January 6 trial, in which the teenage son of the defendant, Guy Reffitt, testified against his father. That trial, which ended in guilty verdicts on all five counts, also featured testimony from Capitol police officers who recalled their encounter with Reffitt as he ascended steps outside the Capitol in a tactical vest and helmet.

But Griffin’s trial attracted some notable spectators, including a supporter who wore a black biker vest emblazoned with the words, “Release the Kraken.” Also in the courtroom was John Crabb, a career prosecutor who leads the criminal division of the US attorney’s office in Washington, DC.