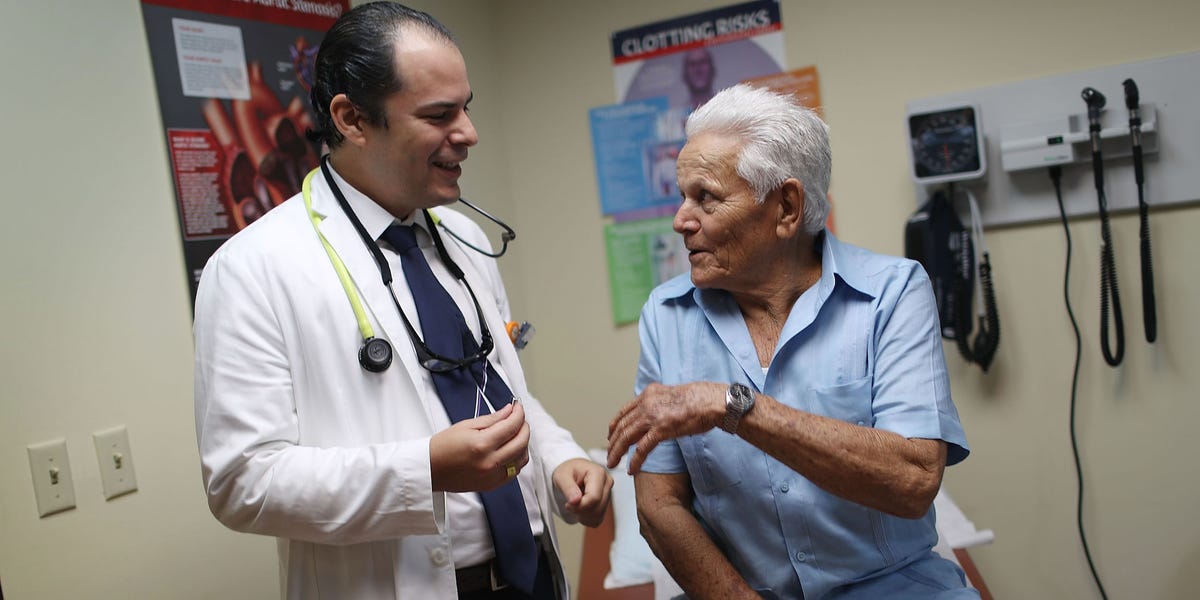 The IPO would expose a hot upstart that aims to transform healthcare to the scrutiny of public markets. It follows clinic operator One Medical, which went public in January, and has surged since its stock-market debut.

Oak Street’s IPO filing adds to an eventful year for privately held primary-care companies. In February, Medicare Advantage-focused Iora Health raised an additional $126 million from investors. In July, Walgreens made a $1 billion bet on primary care company VillageMD, with plans to open 500-700 doctors offices at Walgreens’ pharmacies over the next three years.

The intense interest in primary care comes as the coronavirus pandemic creates massive challenges for every part of the healthcare industry. Healthcare workers are facing layoffs, furloughs, and reassignments, even as hospitals were overwhelmed by COVID-19 patients. Primary care practices that are paid based on the number of patients they see in a given day have seen heavy financial losses, while those that are working to get paid a large fixed sum each month to take care of all of a patient’s health needs haven’t seen the same hit.

Chicago-based Oak Street is aiming to be in the latter group, striking contracts with health insurers to provide primary care to seniors, in particular those who are eligible for both Medicare and Medicaid. It works with Medicare Advantage health plans and those on traditional Medicare to get paid to manage the health of members, by driving them to and from appointments, and offering them social events and more time with their doctors.

Oak Street’s S-1 filing provides a detailed look at Oak Street’s financials, its existing investors, and its model of caring for seniors. Here are five takeaways from the filing.

Read more: How 8 primary-care companies are building a new future for medicine during the coronavirus pandemic

The filings shared a snapshot of Oak Street’s financial results through the first quarter of 2020.

Founded in 2012, Oak Street currently has 260 primary care doctors in its 54 centers managing the health of 85,000 patients.

The filing exposes how hard it is to make money off the traditional way that people pay for their doctor’s visits, paying a fixed sum each time they come in.

Oak Street said that 35% of its members pay for healthcare like that: each time they come in, it gets paid a set amount. Those people accounted for less than 1% of the revenue the company brought in in the first quarter of 2020.

The rest of Oak Streets members are in “capitated” arrangements, where insurers pay Oak Street to manage the health of the patient. In those arrangements, Oak Street takes on the financial and medical responsibility for keeping patients healthy. If a patient gets sick and needs to go to the hospital, for instance, Oak Street is on the hook for  that expense.

Ideally, Oak Street’s model is meant to keep seniors healthier and save money.

Oak Street said in its filing that compared to traditional Medicare, the company has been able to bring hospital admissions among its members down 51%, readmissions within a month of being discharged from the hospital down by 42%, and emergency visits down by 51%.

Oak Street has a close relationship with health insurer Humana

Humana is the second-largest seller of Medicare Advantage plans behind UnitedHealth Group.

The filing also noted that a “significant minority” of Oak Street’s 54 center locations are leased from Humana, which is also a main investor in the company.

The pandemic led to an increased number of visits with patients

At the start of the pandemic, the Oak Street team spent two weeks transitioning visits online, moving 93% of care to digital options at the peak, Chief Medical Officer Dr. Griffin Myers said in a May interview.

As recently as May, about 85% of all visits were happening virtually rather than in the office, he said. Prior to the pandemic, Oak Street hadn’t done much work virtually. Ultimately, Myers said, he expects some visits will always stay virtual.

Myers said that instead of using its resources to bring patients to the offices, Oak Street has been using its fleet of drivers for home deliveries of food and other supplies for patients. The practices have been leaving tens of thousands of voicemails for patients informing them of how to stay healthy, moving care teams online rather than having them meet with patients in the clinics.

Between February and April 2020, the average daily visits increased by 6% according to the filing.

In its inital S-1 filing, Oak Street didn’t provide much of a breakdow of the ownership of the company going into the public offering.

Even so, the filing notes that three investors hold at least a 5% stake in the company. That includes private equity company General Atlantic, Newlight Partners, and Humana.