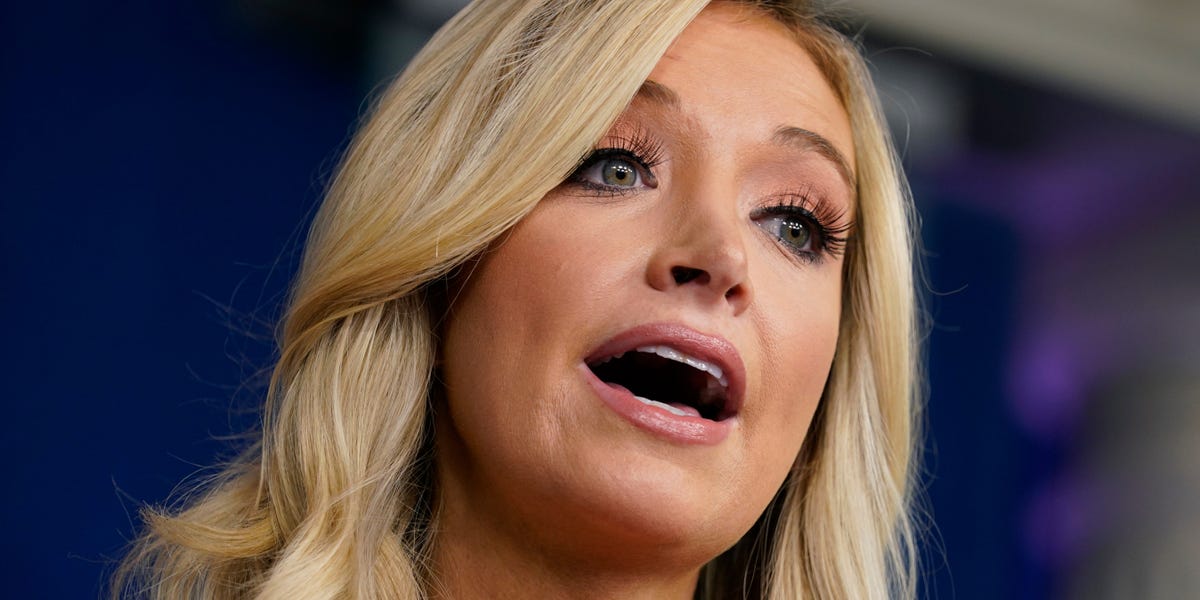 The White House on Friday afternoon accidentally made a compelling case to rename nearly a dozen US military bases that honor Confederate leaders in an attempt to justify preserving them.

“Many soldiers who have lost their lives overseas: The last ground that they saw were these bases, and by changing their names, he believes that it is not appropriate,” White House press secretary Kayleigh McEnany said during a press conference, referring to President Donald Trump.

“The bases are not known for the generals — the bases are known for the heroes within it,” McEnany added. “The great Americans: Black, white, Hispanic, and every race who have died on behalf of this great country.”

The Trump administration’s position on renaming 10 US Army bases has not wavered since advocates have demanded the US military stop honoring Confederate leaders. On Tuesday, Trump threatened to veto a seemingly veto-proof $740 billion defense-spending bill over a provision calling for new names. Trump has argued that the bases are “part of a Great American Heritage.”

But McEnany’s defense of the Confederate namesakes on Friday inadvertently made a point for new names in remembrance of “great Americans.”

A bipartisan movement has mounted to rename the bases after Medal of Honor recipients like US Army Master Sgt. Roy Benavidez, a Green Beret who took part in “six hours of hell” in the Vietnam War.

In 1968, Benavidez sustained over two dozen gunshot, bayonet, and shrapnel wounds after volunteering for a mission to rescue 12 soldiers.

Benavidez was pronounced dead by the time he arrived back to his base in South Vietnam. After he was placed in a body bag, he signaled he was still alive by spitting at a doctor’s face.

Thirteen years later, Benavidez was awarded the Medal of Honor for “fearless personal leadership, tenacious devotion to duty, and extremely valorous actions in the face of overwhelming odds were in keeping with the highest traditions of the military service, and reflect the utmost credit on him and the United States Army.”

Calls to rename Fort Hood in Texas — the largest active-duty armored post that honors Confederate Gen. John Hood — in honor of Benavidez, a Texas native of Mexican descent, have grown in light of the military’s recent ban on Confederate flags and the growth of the Black Lives Matter movement. The names of other military veterans, including women and Black service members, have also been floated by advocates as prudent replacements to the Confederate leaders who fought to preserve the enslavement of Black Americans.

“Do we continue to honor a Texan of convenience who fought ineptly against the United States government in defense of slavery, or choose instead to bestow those garlands on a native-born son,” an opinion column published in the Texas Monthly said.

The White House did not respond to a request for comment.